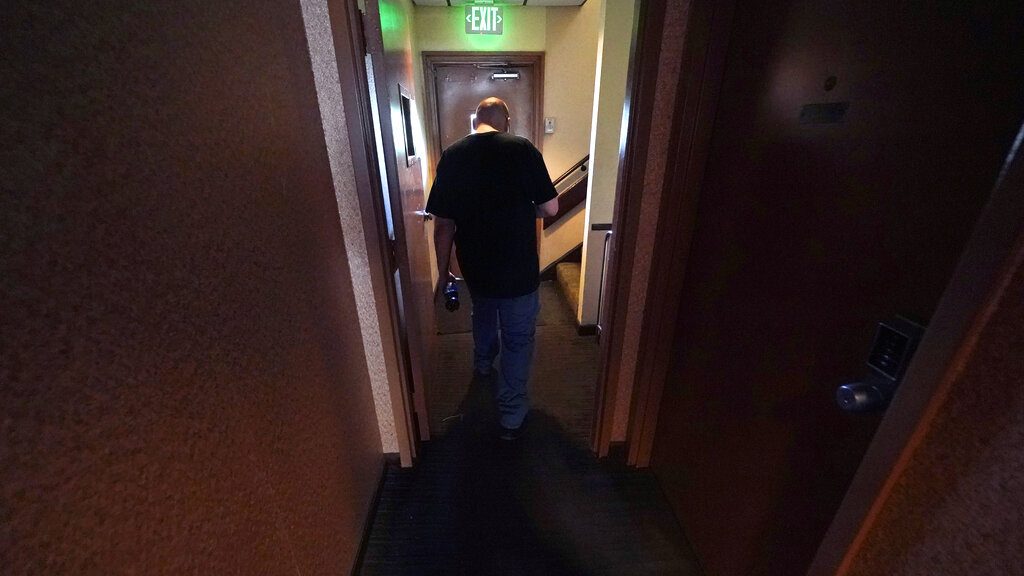 Thousands of homeless people have spent the last several months living at a motel paid for with federal money aimed at preventing the spread of COVID-19 by taking homeless residents off the streets.

As hotels reopen to tourists and funding wanes, tens of thousands of homeless nationwide are being forced from the motels.

Several cities like New Orleans ended their programs months ago amid financing shortages. Experts warn there aren’t enough shelter beds, which means sending many back on the streets. In one Vermont community, social workers are offering camping equipment to some homeless people no longer eligible to stay at motels come month’s end.

Cities drew from various federal pots to fund the homeless hotels. The Federal Emergency Management Agency extended its funding through September, but the approval process is so arduous that many jurisdictions are not taking advantage of it.

The crunch comes as millions across the country face uncertainty over the end of a federal freeze on most evictions on July 31. The ban kept many people from being turned onto the streets during the pandemic, yet it also artificially kept many units off the market meaning less long-term housing for those already homeless.

City officials and advocacy groups are working to secure housing for the homeless leaving hotels, but it’s challenging. Big cities like Los Angeles and San Francisco, which put up at least 10,000 and 2,000 people respectively, face staffing shortages to help with logistics like securing the required ID documents and background checks, said Samantha Batko, senior researcher at the Urban Institute.

Additional federal resources are coming, including tens of billions of dollars from the Department of Housing and Urban Development, but it takes time to set up new programs. Experts warn there will be a lag.

“Those programs are in the process of being rolled out now, and all of those resources are not in hand in communities,” Batko said.

Many homeless Americans who found themselves with a stable address, often for the first time in years, during COVID-19, now have to contend with the programs shuttering.

New York City is moving roughly 9,000 homeless people out of hotels and back into traditional shelters now that hotels are filling with tourists.

Placing the homeless in hotels is far more expensive than congregant housing and was always a stopgap. Some states used federal pandemic money to buy hotels to use as shelters or convert into more permanent housing. California and Oregon have already acquired some and King County, Washington, is doing the same.