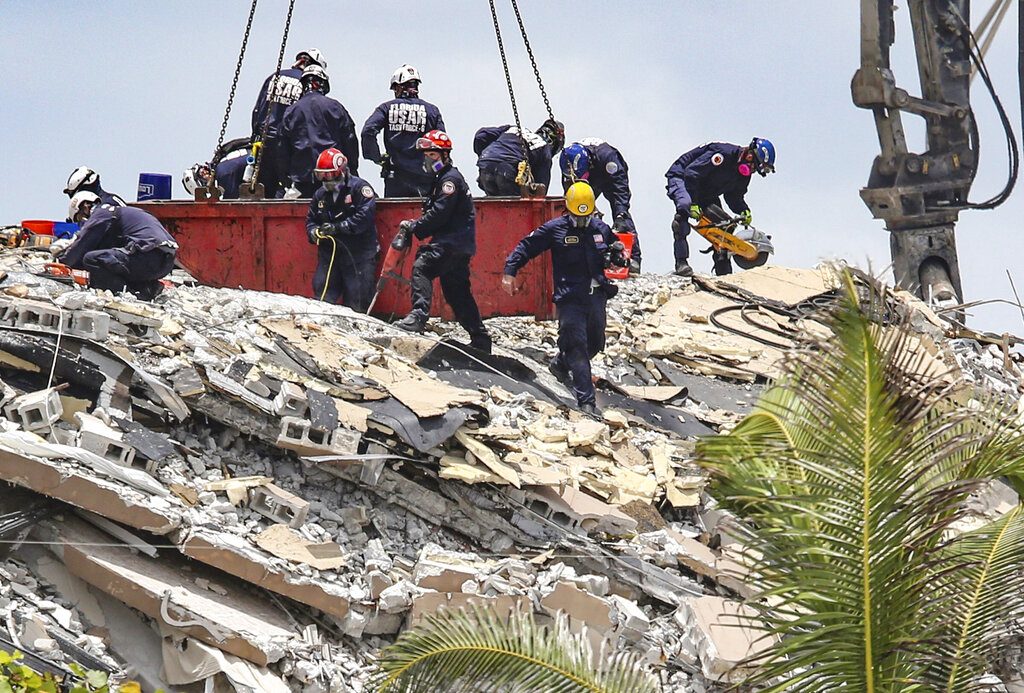 Local officials have confirmed the death toll from the Surfside building collapse now stands at nine, with four bodies being recovered overnight. 156 people are still unaccounted for.

“As of today, one victim passed away in the hospital, and we’ve recovered eight more victims on-site, so I am confirming today that the death toll is at nine,” Miami mayor Daniella Levine Cava told CNN.

Four of the victims have been identified as husband and wife Antonio Lozano, 83 and Gladys Lozano, 79, and Manuel LaFont, 54, and Stacie Fang, 54. Fang’s teenage son was rescued when first responders saw the boy’s hand waving from a pile of rubble.

Surfside Mayor Charles Burkett vowed to keep searching until everyone was found.

“We are working 24-hours a day non-stop, nothing else on our mind, with the only objective of pulling their family members out of that rubble safely. That’s what we’re doing and we’re not going to stop doing that, not today, not tomorrow, not the next day. We’re going to keep going until everybody is out,” Burkett said.

The Jewish community in South Florida has mobilized for relief. The shul that serves Surfside and Bal Harbour has coordinated supply collection for the steady stream of donated supplies, from mattresses to baby food, for the many families that are now homeless. Those families have been staying in the winter homes of others in the community, or have been put up in hotels.

Hatzalah of South Florida has been on the scene since the collapse, first to treat the wounded from the rubble and now are helping treating rescue workers, many of whom have become dehydrated from the arduous work in the heat.

Hatzalah’s reunification center, initially for those rescued, has become a grieving center as hope fades more people will be discovered alive. Trauma experts and psychologists are on the scene.

Israel’s rescue team from the IDF, Magen David Adom,  and United Hatzalah are involved in rescue efforts, while Chessed Shel Emes is on the scene to ensure kavod ha’mes if necessary.

Sara Marcus contributed to this article.