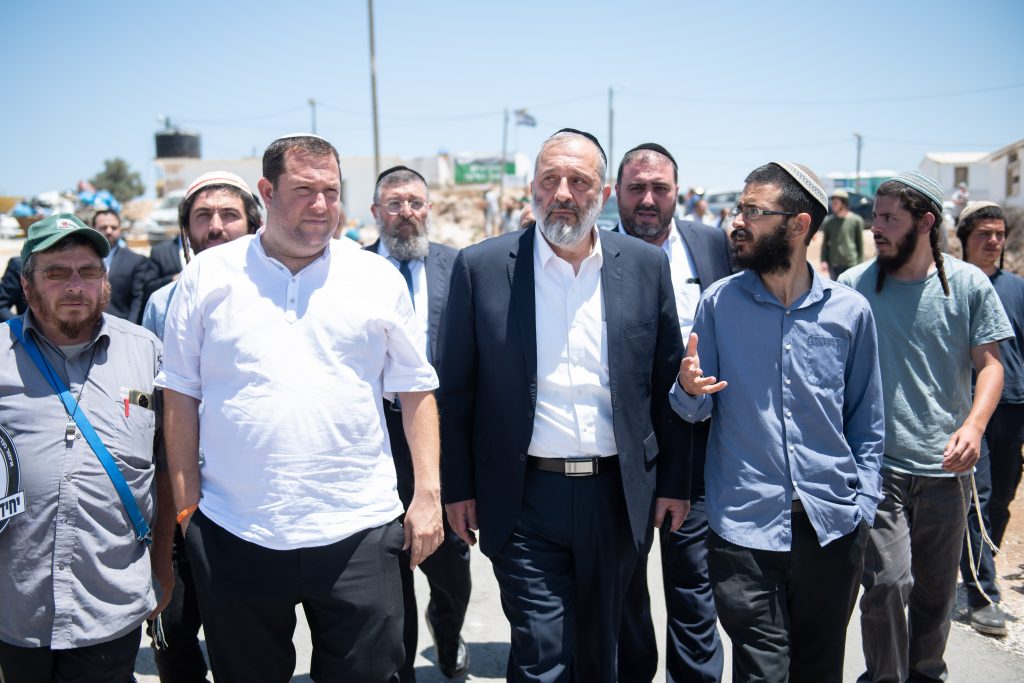 Security forces were preparing on Sunday afternoon for physical resistance to the evacuation of the Evyatar outpost, according to media reports.

Some 2,000 IDF soldiers, police officers, and Border Police are being readied to carry out the court order to dismantle the community of about 50 families, which has been ruled illegal, Walla news said.

Residents of Evyatar still have the option of petitioning the High Court to rescind the evacuation order, but legal observers think it unlikely that it would do more than delay the demolition for a short time. As of now, the operation was set to go forward from Sunday at midnight.

Meanwhile, a call for resistance has gone out. Residents on Sunday appealed to right-wing activists to come to the site to “halt the destruction plan,” The Times of Israel reported.

The residents said in a statement they have set up a tent city surrounding the outpost structures to prevent the keep the soldiers and police out. They called on the public to bring camping equipment and food “for a long stay,” and claimed that troops were preparing for a fight.

“Currently, we are aware of a massive organization of forces for evacuation and destruction, but we still do not know of a set time for the operation,” the statement said.

“The Evyatar outpost was established illegally. Everything was done in complete violation of the law and without any proprietary or planning agreements,” the IDF Central Command wrote in response to an earlier petition.

Earlier on Sunday, opposition MKs from the Religious Zionism and Shas parties visited the outpost, calling on the new government to prevent its destruction.

“There are many hundreds of illegal outposts being set up by Arabs around here — even in these very days,” Religious Zionism leader Bezalel Smotrich told journalists at the site.

“Evyatar must remain in its place and I call on everyone who has a hand in the matter, the defense minister [Benny Gantz] and the prime minister [Naftali Bennett] — you must protect and legalize Evyatar,” he said.

Shas chairman Rabbi Aryeh Deri said the government should intervene: “This decision must not remain in the hands of the IDF Central Command. The cabinet needs to understand all the implications for the place, for the entire region and for the entire Land of Israel.”

It did not seem likely. Foreign Minister Yair Lapid said last week that Evyatar would be torn down. “The outpost will be evacuated,” he said, according to the Times. “It is illegal. It is not at all a question of right or left. It is an order from the army and the civil administration.”