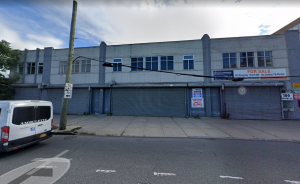 Months after community members and officials protested the possibility, the Department of Homeless Services is looking for locations other than 100 Neptune Avenue in Brighton Beach as a homeless shelter.

The proposed shelter was part of the city’s Turning the Tide initiative to combat homelessness and find new viable sites for shelters.

Residents said the possible 170 single-bed shelter for single adults would drive down real estate prices and may be a danger to the community.

Assemblyman Steven Cymbrowitz, whose district includes Brighton Beach, said in a statement, “I do not believe the site is appropriate based on a number of issues that the community and I have raised. In addition, I’ve said repeatedly that we don’t need more congregate shelters, but rather supportive housing to help homeless individuals get back on their feet.”

At a protest in March, a group of South Brooklyn residents called the Coalition for Safe Housing called on the city to look beyond the shelter system for a more permanent housing solution, and to respect the concerns of the local communities.

Presently, a spokesperson for the Department told Hamodia that 100 Neptune is still being considered. “If NYC DSS-DHS identifies an alternative site in the community (same community district) that is viable to provide shelter to the men who would have resided at 100 Neptune Avenue, then the City will change their plans and will use that location instead,” the spokesperson said via email. “We will also provide notification to the community in advance of proceeding with any alternative site, should one be identified.”

Cymbrowitz told Hamodia, “DHS has confirmed that they have not abandoned the location as a potential site but are still actively looking for an alternate location. According to DHS, any statements made that indicate otherwise are inaccurate and false.”