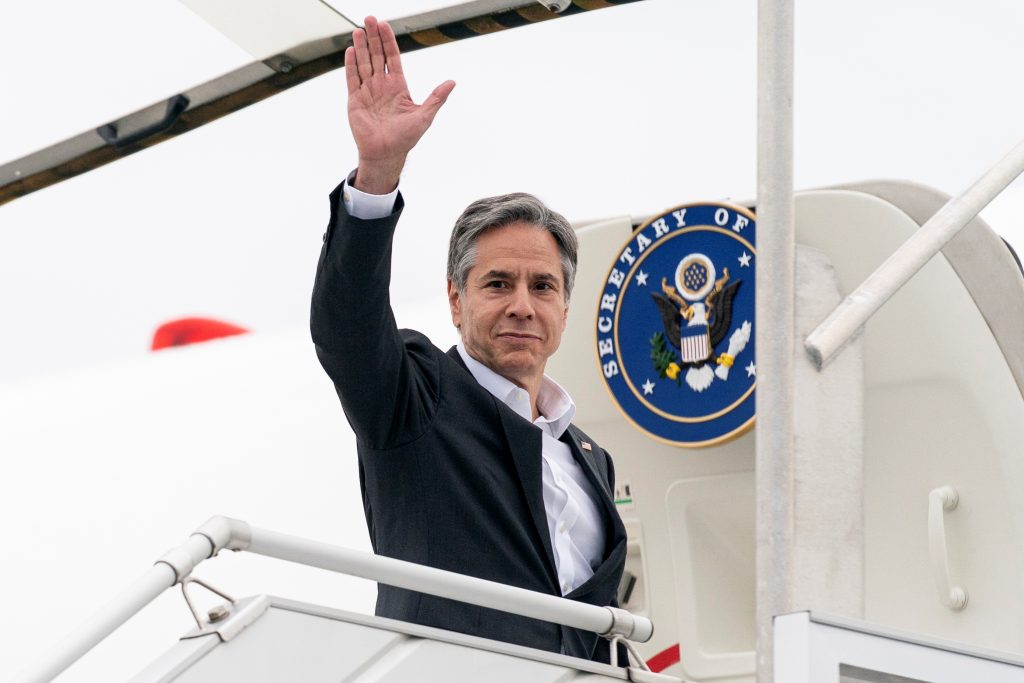 Secretary of State Antony Blinken and Foreign Minister Yair Lapid will meet in Rome on Sunday as their new governments look to turn the page on former President Donald Trump and former Prime Minister Binyamin Netanyahu, whose close alliance aggravated partisan divisions within both countries.

That means aiming for smaller achievements, such as shoring up the informal ceasefire that ended last month’s war with Gaza’s militant Hamas rulers and replenishing Israel’s Iron Dome defense system. A major push to revive the long-dormant peace process between Israel and the Palestinians could unsettle the delicate balance.

The Americans and Israelis will try to work out differences away from the public, as in Biden’s “quiet” diplomacy, when he privately urged Netanyahu to wind down the Israel-Hamas war ahead of a truce that took effect May 21.

Both governments will try to preserve Israel’s fragile governing coalition, in part by reducing provocations that played a part in sparking the 11-day war last month.

Topping the agenda in both countries are talks in Vienna over reviving Iran’s 2015 accord with world powers to limit Tehran’s ability to develop nuclear weapons. Trump, with Netanyahu’s backing, pulled the U.S. out of the deal in 2018 and imposed sanctions on the Islamic Republic. Biden promised to restore and expand the agreement.

Though opposed to a new accord, Israel’s new government seems intent on trying to influence the talks rather than scuttle them altogether. Netanyahu enraged many Democrats when he condemned the “very bad deal” before a joint session of Congress in 2015.

In contrast to Netanyahu’s approach during the Obama era, Lapid recently announced that he and Blinken had agreed to a “no-surprises” policy in an effort to keep the lines of communication open. The two are expected to discuss the issue Sunday in Rome.

On the U.S. side, the Biden administration has made clear it wants to extricate the country from intractable conflicts in the Middle East and focus on other challenges, such as climate change and competition with China.

On Monday, outgoing President Reuven Rivlin is to visit Washington at Biden’s invitation. A group of House Democrats are planning an official trip to Israel as soon as Congress’ July 4th recess is over.

There’s even talk of Lapid and Bennett traveling to Washington later in the summer, separately or together, officials said.