Politics Bipartisan Infrastructure Deal Back on Track After Walk-Back
Politics 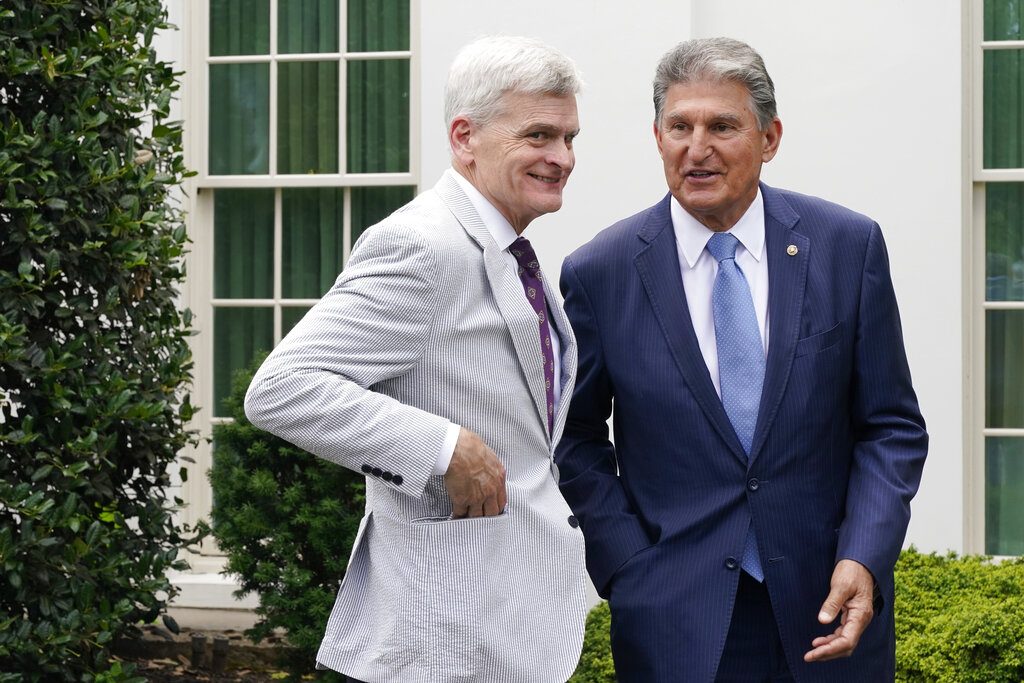 A bipartisan deal to invest nearly $1 trillion in the nation’s infrastructure appeared to be back on track Sunday after a stark walk-back by President Joe Biden to his earlier insistence that the bill be coupled with an even larger Democrat-backed measure in order to earn his signature.

Republican senators who brokered the agreement with the White House and Democrats to fund badly needed investments in roads, bridges, water and broadband internet indicated they were satisfied with Biden’s comments that he was dropping the both-or-nothing approach. In a statement issued Saturday after 48 hours of behind-the-scenes maneuvering by the White House to salvage the deal, Biden said it was not his “intent” to suggest he was issuing a veto threat on the bill.

That proved to be enough for some wavering Republicans, who have privately and not-so-privately registered their displeasure at the linkage.

“Over the weeks and weeks in negotiations with Democrats and with the White House on an infrastructure bill, the president’s other agenda was never linked to the infrastructure effort,” Utah Republican Sen. Mitt Romney said. He said that if Biden had not put out the statement, “I think it would have been very, very hard for Republicans to say, yes, we support this.”

“We’re not going to sign up for a multitrillion-dollar spending spree,” he added, referencing the larger Democratic bill.

Romney said he believed there was now sufficient GOP support in the Senate to reach the 60-vote threshold to overcome a potential filibuster and pass the bipartisan package. Another GOP negotiator, Sen. Bill Cassidy of Louisiana, even predicted that Senate Minority Leader Mitch McConnell, who has staked out a path back to the majority relying in large part on stiff opposition to the Biden agenda, would even support the final bill.

Montana Sen. Jon Tester, a Democrat, predicted the measure would draw more than the minimum 10 Republican senators needed to pass the bipartisan accord in the 50-50 Senate, where 60 votes are required to advance most bills, but he said there would likely be “bumps in the road” along the way.

The bipartisan accord has been a key priority for Biden as he tries to deliver on a campaign promise to restore bipartisan cooperation to Washington and to show centrist Democrats and others that the White House was working with Republicans before Biden tries to push the broader package through Congress.

The two measures were always expected to move together through Congress: the bipartisan plan and a second bill that would advance under special rules allowing for passage solely with majority Democrats’ votes and is now swelling to as much as $6 trillion. Biden reiterated that was his plan on Saturday but said he was not conditioning one on the other.

“So to be clear,” his statement said, “our bipartisan agreement does not preclude Republicans from attempting to defeat my Families Plan; likewise, they should have no objections to my devoted efforts to pass that Families Plan and other proposals in tandem.”

Still, it remained to be seen what impact Biden’s comments would have on progressive lawmakers in the House and Senate, who have pushed Biden not to moderate his agenda in pursuit of bipartisanship. House Speaker Nancy Pelosi, D-Calif., has said her chamber would not take up the bipartisan proposal until the Senate first acted on the larger Democrat-backed bill.

Pressed on whether Biden was serious about signing the bipartisan bill without the Democratic one, White House senior adviser Cedric Richmond said Biden’s words “speak for themselves.”

“I don’t think it’s a yes-or-no question,” he said. “We expect to have both bills in front of us to sign. And I expect that President Biden will sign the infrastructure bill, he will sign the Families Plan.”

Biden was set to travel to Wisconsin on Tuesday for the first stop on a nationwide tour to promote the infrastructure package, the White House said.