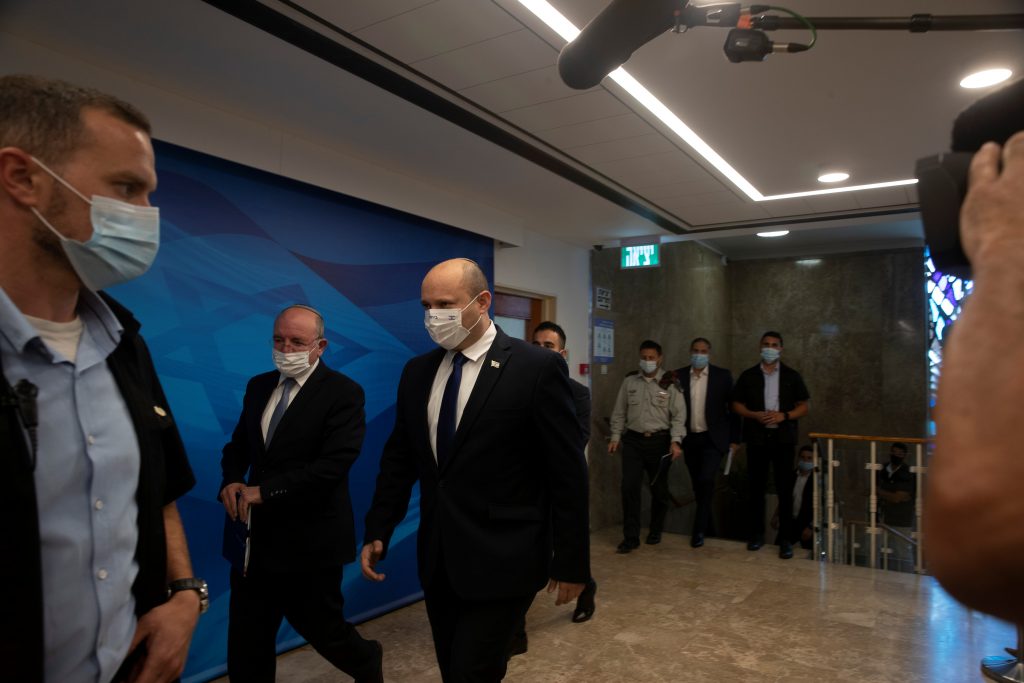 Fighting rampant crime in the Arab sector, a goal to which former prime minister Binyamin Netanyahu had committed a large budget earlier this year, was picked up on Sunday by his successor, Naftali Bennett.

“I spoke this morning with the public security minister and we agreed on the formulation of a national plan to fight crime in the Arab community as soon as possible,” said Bennett during the meeting at the Prime Minister’s Office.”

The declaration came in the wake of the deadly shootings of five Arab Israeli citizens over the past four days. The prime minister noted that since the start of 2021, “dozens of people have been murdered in the Arab community.”

The day before, there was a drive-by shooting of a family driving in their car in the Galil. A husband, wife and their 16-year-old daughter were killed, and their 9-year-old daughter was wounded. Last Monday morning, a truck driver was shot dead at a gas station in Lod.

“On behalf of the government of Israel, I would like to convey condolences to the families,” Bennett said.

“The violence in the Arab community is a blight on the country that has been neglected for many years,” Bennett added. “Responsibility for fighting this is on our shoulders. This is a national mission.”

“I have a message to the Arab sector,” Deputy Police Commissioner Jamal Hakroush told Kan news. “We are in a historic period and we have to take advantage of it. We have representatives in the government that can bring what was lacking — like budgets and policing to the Arab street.”

Hakroush, the first Arab Israeli to be a deputy police commissioner, also suggested a personal stock-taking.

“We all need to look inwards and we cannot accept the existing situation,” he said. “We need to say honestly that not everything begins and ends with the police.”