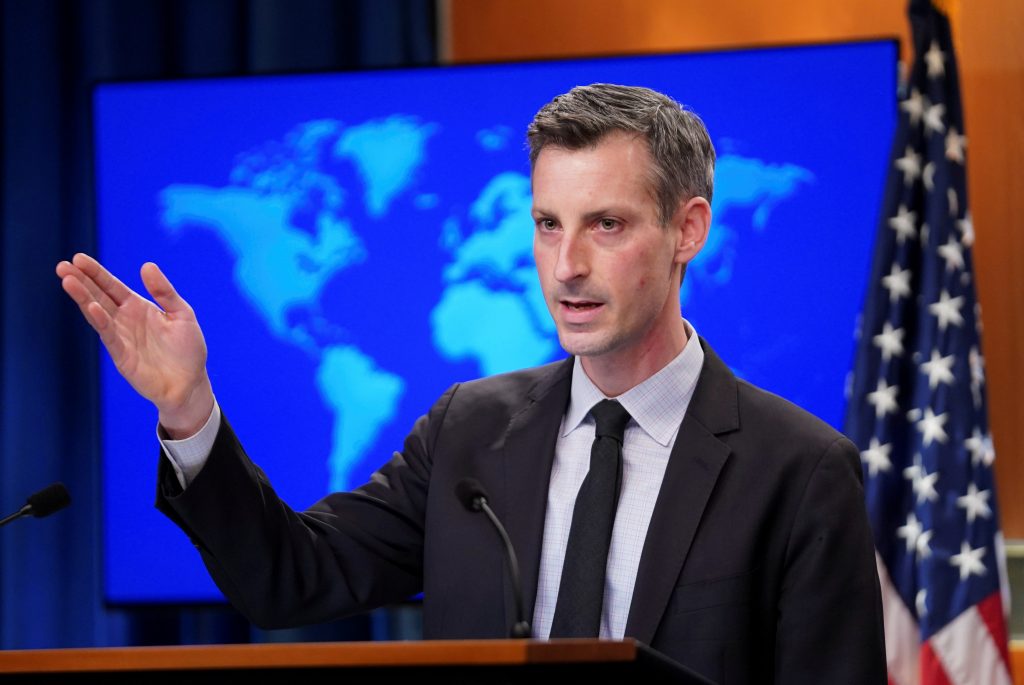 The United States on Friday piled pressure onto the Polish government to scrap a bill that critics say will make it harder for Jews to recover property seized by Poland‘s Nazi occupiers during World War II and then kept by postwar communist rulers.

Poland‘s lower house of parliament on Thursday passed a draft bill introducing a statute of limitations on claims for the restitution of property, drawing a furious response from Israeli Foreign Minister Yair Lapid, who labelled it a “disgrace.”

“The decision of Poland’s parliament yesterday was a step in the wrong direction. We urge Poland not to move this legislation forward,” the U.S. State Department spokesman Ned Price said in a tweet on Friday.

Poland was home to one of the world’s biggest Jewish communities until it was almost entirely wiped out by Nazi Germany during the wartime occupation. Jewish former property owners and their descendants have been campaigning for compensation from Poland since the fall of communism in 1989.

The bill would implement a 2015 Constitutional Tribunal ruling that there should be a deadline after which faulty administrative decisions can no longer be challenged. The law sets this deadline at 30 years.

Earlier on Friday, a Polish government minister accused Israel’s foreign minister of a “profound lack of knowledge” after he criticized the bill.

“Yesterday’s @israelMFA @yairlapid statement must be unequivocally denounced,” Poland‘s Deputy Foreign Minister Pawel Jablonski responded, in comments posted in English on Twitter. “It features ill-will and – most of all – profound lack of knowledge.”

Critics say the bill would prevent some claims for restitution or compensation for property unlawfully taken by Nazi Germany and subsequently seized by communist Poland.

In a statement posted on its website, the Polish foreign ministry said the provisions did not limit the possibility of launching civil lawsuits for compensation.

Some Poles argue that “reprivatisation” of property has led to tenants being unfairly treated. The nationalist Law and Justice (PiS) government has said that as a victim in World War II, Poland should not be saddled with any financial obligations.

Thousands of Poles risked their lives to protect Jewish neighbors during the war. But research published since 1989 showed that thousands also killed Jews or denounced those who hid them to the German occupiers.

In 2018, Poland was forced to back down and remove parts of a Holocaust law that imposed jail terms on people who suggested the nation was complicit in Nazi crimes, which had angered the United States and Israel.