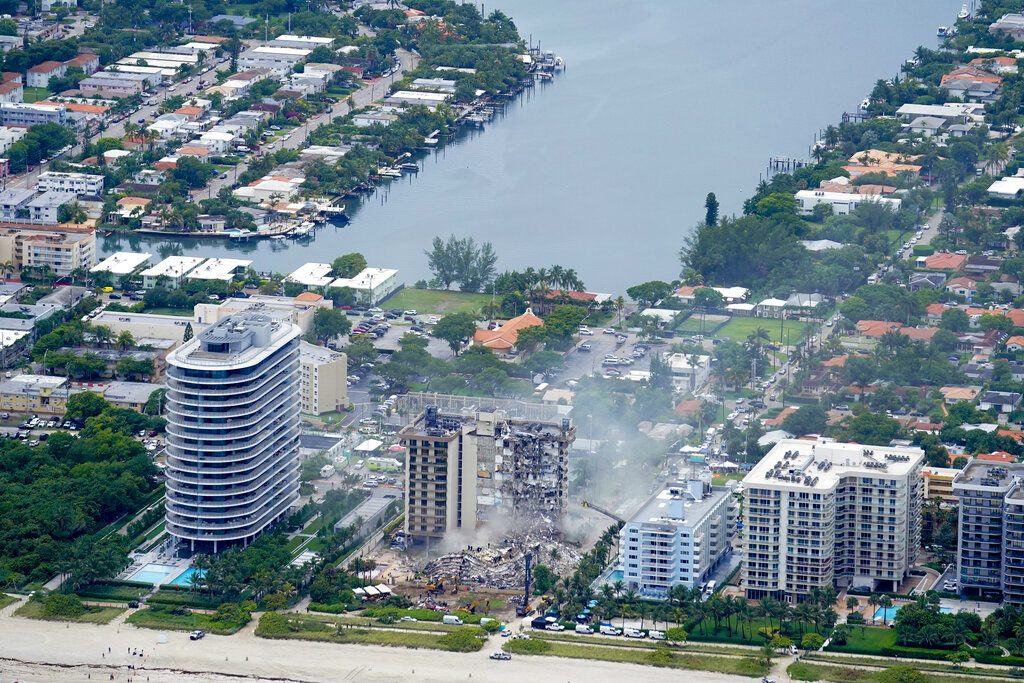 Stacie Fang, 54, has been the first victim of the Surfside building collapse, multiple media outlets reported.

Her son, Jonah Handler, was the teenage boy seen on video being pulled alive from the rubble by firefighters early Thursday morning. Handler, who was in his pajamas and trapped beneath his mattress, managed to free one arm and wave his hand, alerting people nearby, who called for emergency personnel, who were able to hear his cries for help and extricate him.

Three other people have died, and 159 people remain missing.

More than 2,000 FEMA and state emergency personnel are on the scene, still searching for survivors and victims of the sudden, shocking collapse of 55 units of the 136-unit, 12-story apartment building around 1 a.m. Thursday.

Her family said in a statement, “There are no words to describe the tragic loss of our beloved Stacie. The members of the Fang and Handler family would like to express our deepest appreciation for the outpouring of sympathy, compassion, and support we have received. The many heartfelt words of encouragement and love have served as a much needed  source of strength during this devastating time. On behalf of Stacie’s son, Jonah, we ask you now to respect our privacy to grieve and try to help each other heal.”

The Shul of Bal Harbour, and its rav Rabbi Shalom Lipskar, have set up a central fund to be dispersed as needed directly to the victims and their families, at https://thechesedfund.com/shulofbalharbour/miamitragedy

Agudath Israel has released the following names for Tehillim: