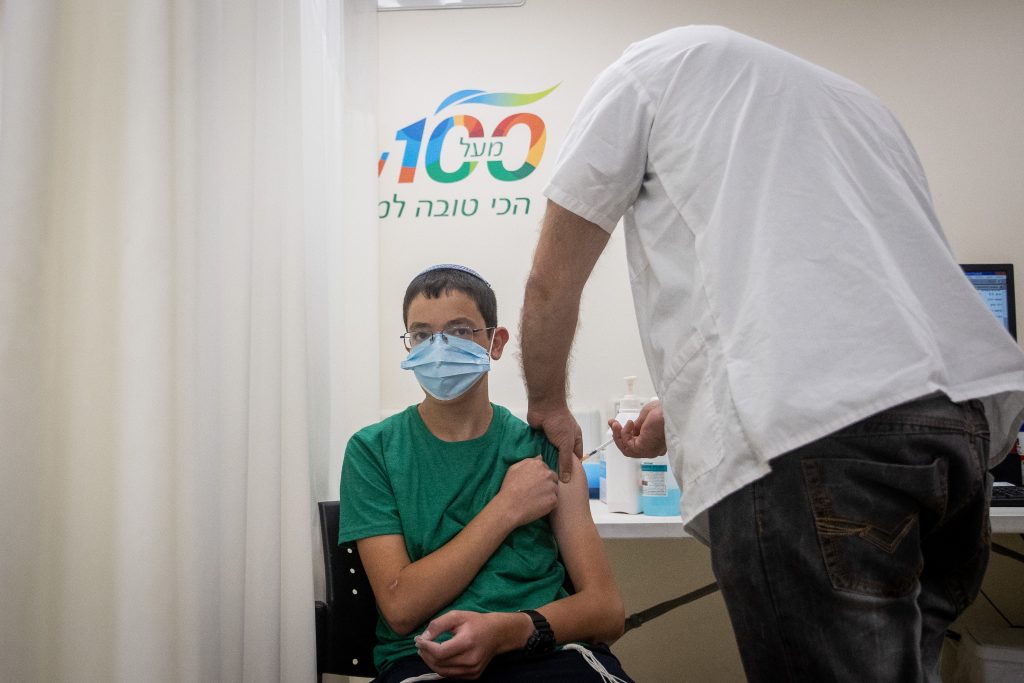 Israel on Friday reimposed an indoor mask requirement as a top health official said that 227 new COVID-19 cases were recorded on Thursday, the highest daily caseload in over two months, and warned the spread of the coronavirus was accelerating.

The Health Ministry said the renewed mandate would take effect at noon in all enclosed spaces — except for resident’s permanent places of residence — a day after a top health official said it would be reinstated next Sunday. The mandate was lifted last Tuesday.

A Health Ministry statement said those exempt from the requirement were children under seven, people with disabilities that prevent them from wearing a mask, anyone alone in an enclosed space, two workers who work regularly together in the same room, and anyone exercising.

The ministry called on Israelis to wear face coverings when taking place in mass gatherings outdoors. It also urged those in at-risk groups or who are not vaccinated to avoid gatherings.

Coronavirus commissioner Nachman Ash said 227 infections were confirmed Thursday, the highest daily figure since April 7. He said the positive test rate ticked up to 0.6%, “which also testifies to the increase in morbidity.”

“Another thing that is bothersome is that the morbidity is spreading to additional communities,” Ash told Kan public radio.

Ash stressed, however, that he does not believe Israel is facing another major wave of infections and said he hoped that the high number of those vaccinated would prevent hospitalizations and serious illness. He noted that while case numbers have been on the rise, the number of seriously ill patients remained low.

He also said that in retrospect, it may have been better to not lift the mask mandate on June 15, though he was not certain that would have prevented the current uptick in infections.

The fast-spreading Delta variant that was first detected in India is believed to be responsible for 70% of the new cases in Israel in recent weeks.

The new outbreak was first discovered last week in several schools in Binyamina and Modi’in. In light of the number of infected people, Binyamina was classified on Thursday as “red” according to the ministry’s traffic light system.

Thursday also marked the fourth day in a row that Israel registered over 100 new daily cases and the new outbreaks spread to several more municipalities, including Kfar Sava, Ramle and Herzliya.