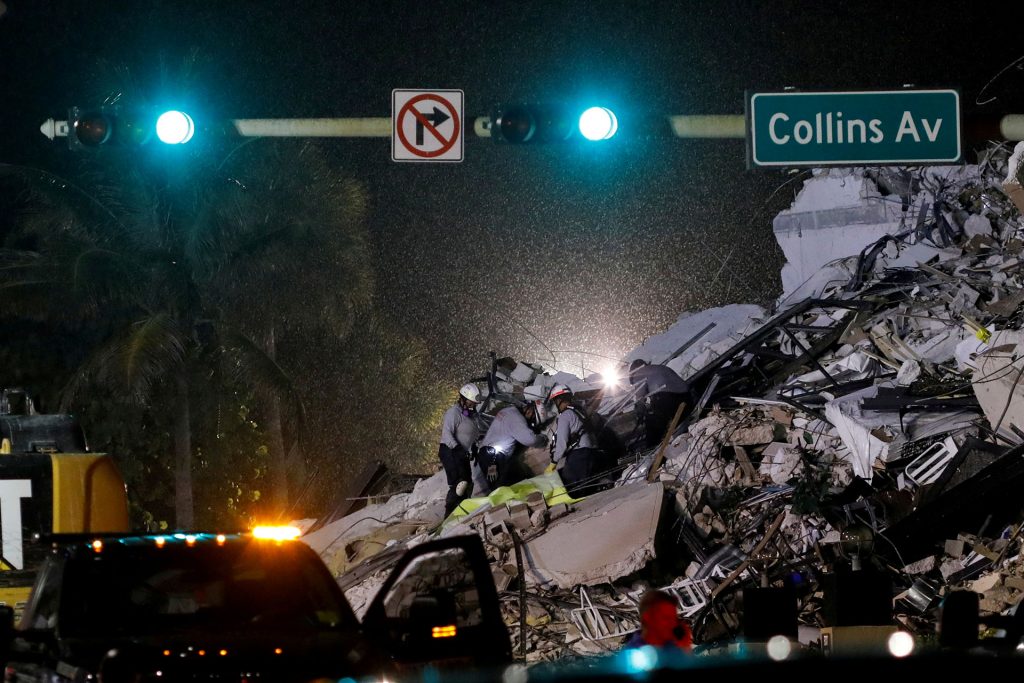 President Joe Biden approved an emergency declaration in the state of Florida and ordered federal assistance to supplement state and local response efforts after a building collapse near Miami left at least one dead and nearly 100 missing.

Rescue crews picked through tons of rubble on Thursday looking for survivors after the collapse of part of the oceanfront apartment tower in Surfside near Miami.

Search teams detected sounds of banging and other noises but no voices coming from the mounds of debris hours after a large section of the Champlain Towers South condominium in Surfside, a barrier island town across Biscayne Bay from the city, crumbled to the ground, authorities said.

What caused the 40-year-old high-rise to tumble into a heap in a matter of seconds was not immediately known, though local officials said the 12-story tower was undergoing roof construction and other repairs.

Miami-Dade County Mayor Daniella Levine Cava told reporters on Thursday 99 people remained unaccounted for some 18 hours after the collapse, though some may not have been in the building at the time.

Another 102 individuals whose whereabouts were initially unknown have since been located and “declared safe,” she said.

A fire official said earlier that 35 people were evacuated from the portion of the high-rise left standing, and response teams using trained dogs and drones in the search pulled two individuals from the rubble – one of them was dead.

Officials said the complex, built in 1981, was going through a recertification process requiring repairs, with another building under construction on an adjacent site.

The Champlain Towers South had more than 130 units, about 80 of which were occupied. It had been subject to various inspections recently due to the recertification process and the adjacent building construction, Surfside Commissioner Charles Kesl told Local 10.