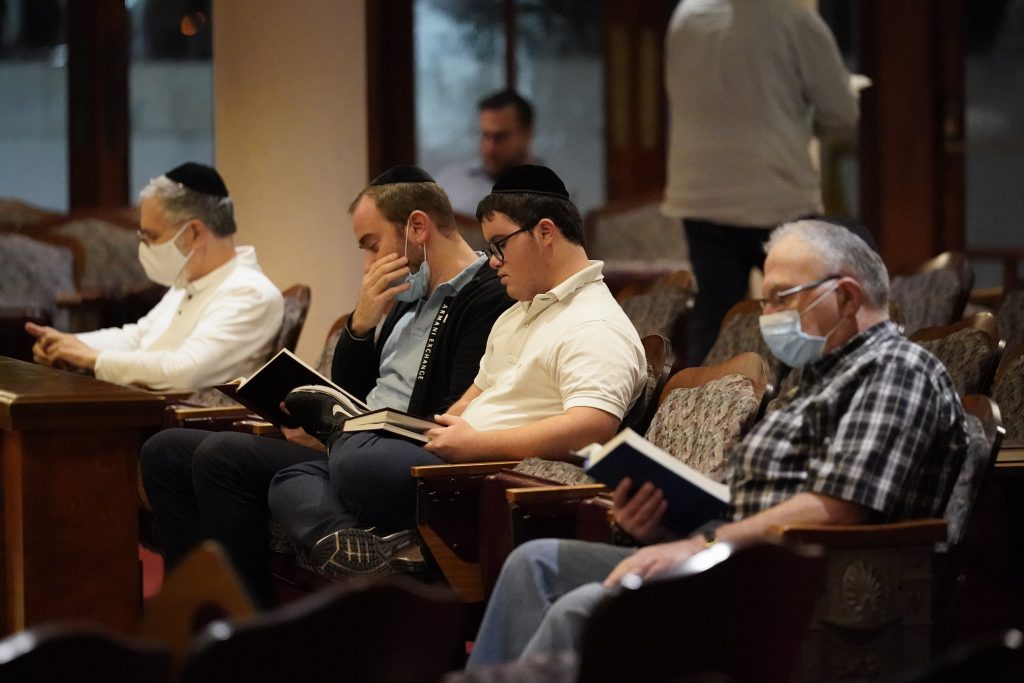 Searchers are using both big machines and their hands to comb through the twisted, shifting heap of concrete and metal that was a condominium building in Surfside, Florida, a day after it collapsed, killing at least four people, a death toll that officials fear could go much higher, as 159 people are still missing.

With scores of firefighters working overnight to reach any possible survivors both from under and atop the remains of the building, hopes rested on how quickly crews using dogs and microphones to sift through the wreckage could complete their grim, yet delicate task.

“Every time we hear a sound, we concentrate on those areas,” said Assistant Miami-Dade Fire Chief Raide Jadallah.

Pelted by intermittent rain showers, two heavy cranes began removing debris from the pile using large claws Friday morning, creating a din of crashing glass and metal as they picked up material and dumped it to the side. Once the machines paused, fire crews moved in to remove smaller pieces by hand.

Amid the work, Faydah Bushnaq knelt on the beach near the building’s remains and scratched “Pray for their souls” in the sand.

“We were supposed to be on vacation, but I have no motivation to have fun,” said Bushnaq of Sterling, Virginia. “It is the perfect time to say a prayer for them.”

“Debris is falling on them as they do their work. We have structural engineers on site to ensure that they will not be injured, but they are proceeding because they are so motivated and they are taking extraordinary risk on the site every day,” she said.

With searchers using saws and jackhammers to look for pockets large enough to hold a person, Levine Cava said there was still hope of finding people alive.

Those missing from what was left of the 12-story Champlain Towers South included people from around the world: a beloved retired Miami-area teacher and his wife. Orthodox Jews from Russia. Israelis. The sister of Paraguay’s first lady. Others from South America.

State Sen. Jason Pizzo of Miami Beach told the Miami Herald he watched as tactical teams of six worked early Friday to sift through the debris. He said he saw one body taken in a yellow body bag and another that was marked. They were taken to a homicide unit tent that was set up along the beach.

Many people remained at the reunification center set up near the collapse site early Friday morning, awaiting results of DNA swabs that could help identify victims.

Officials said no cause for the collapse has been determined.

Video of the collapse showed the center of the building appearing to tumble down first and a section nearest to the ocean teetering and coming down seconds later, as a huge dust cloud swallowed the neighborhood.

About half the building’s roughly 130 units were affected, and rescuers used cherry-pickers to evacuate at least 35 people from the still-intact areas of the building in the first hours after the collapse. But with 159 still unaccounted for, work could go on for days.

Jadallah said that while listening devices placed on and in the wreckage had picked up no voices, they had detected possible banging noises, giving rescuers hope some are alive. Rescuers were tunneling into the wreckage from below, going through the building’s underground parking garage.

“It could be just steel twisting, it could be debris raining down, but not specifically sounds of tapping or sounds of a human voice,” Jadallah said during a news conference Friday morning.

Personal belongings were evidence of shattered lives amid the wreckage of the Champlain, which was built in 1981 in Surfside, a small suburb north of Miami Beach. A children’s bunk bed perched precariously on a top floor, bent but intact and apparently inches from falling into the rubble. A comforter lay on the edge of a lower floor. Computers. Chairs.

Foreign ministries and consulates of four countries said 22 nationals were missing in the collapse: nine from Argentina, six from Paraguay, four from Venezuela and three from Uruguay.

The Paraguayans included Sophia López Moreira — the sister of first lady Silvana Abdo and sister-in-law of President Mario Abdo Benítez — and her family.

Israeli media said the country’s consul general in Miami, Maor Elbaz, believes that 20 citizens of that country are missing.

Also missing was Arnie Notkin, a retired Miami-area elementary school physical education teacher, and his wife, Myriam. They lived on the third floor.

“Everyone’s been posting, ‘Oh my G-d, he was my coach,’” said Fortuna Smukler, a friend who turned to social media in hopes of finding someone who would report them safe.

“They were also such happy, joyful people. He always had a story to tell, and she always spoke so kindly of my mother,” Smukler said. “Originally there were rumors that he had been found, but it was a case of mistaken identity. It would be a miracle if they’re found alive.”

Agudath Israel has released the following names for Tehillim

Below is a statement from Rabbi Moshe Matz, Executive Director, Agudath Israel of Florida:

Yesterday’s shocking tragedy that took place in Surfside has left our community shaken and in pain. The breathtaking outpouring of achdus and support for each other has been a tremendous source of strength. As the numbers of confirmed deceased and missing individuals continue to rise, it behooves us all to strengthen even further our tefillos and acts of chesed.

Our office has fielded many calls of concerned family members and friends searching for information about their loved ones, for guidance, and for support. The pain and fear is heartbreaking and we share in their pain and sorrow. As the hours and days ahead will continue to bring many challenges and show the significant needs that will need to be met for the survivors and their families, we must remain engaged and focused. We once again express our deep appreciation to all the Miami-Dade first responders for their selfless and heroic work and to Hatzalah of South Florida and Chesed Shel Emes for their amazing dedication. The broad community has been extremely generous and have opened their hearts. We thank Surfside Mayor Charles Burkett and Miami-Dade County Mayor Daniella Levine Cava for their strong leadership. We thank Governor Ron DeSantis for his unwavering friendship and support.

We understand that the Ribono Shel Olam is sending us a message. Let us strengthen our commitment to His Torah and increase our tefillah and chesed. We continue to daven for yeshuos and nechamos.