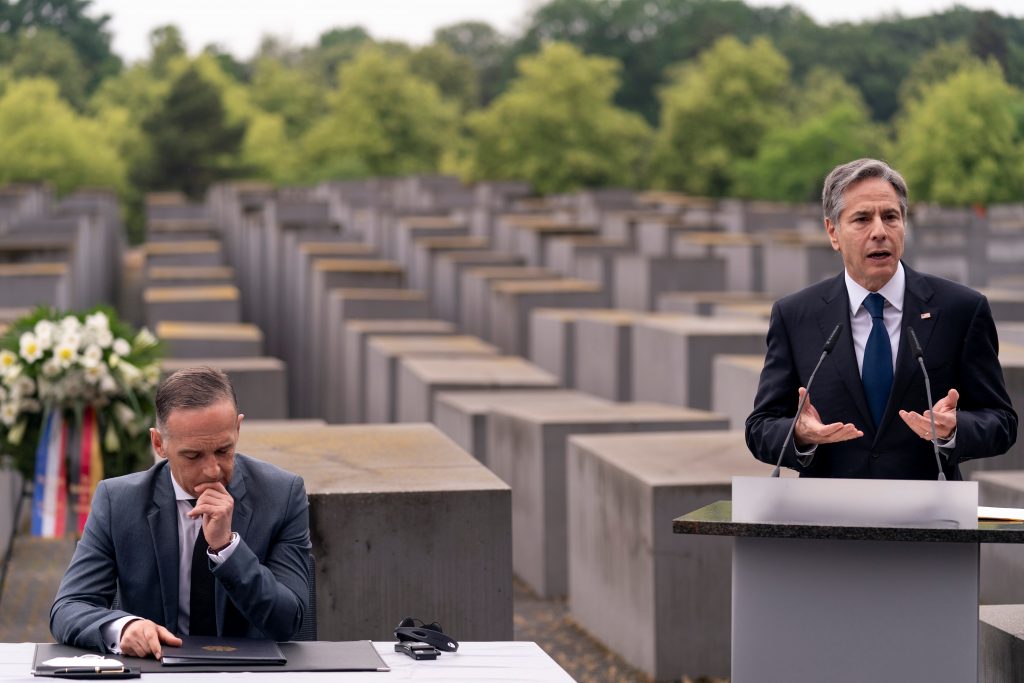 The United States and Germany launched a new initiative Thursday to stem an alarming rise in anti-Semitism and Holocaust denial around the world.

The two governments announced the start of a U.S.-Germany Holocaust Dialogue that seeks to reverse the trend that gained traction during the coronavirus pandemic amid a surge in political populism across Europe and the U.S. The dialogue creates a way to develop educational and messaging tools to teach youth and others about the crimes of Nazis and their collaborators.

U.S. Secretary of State Antony Blinken, German Foreign Minister Heiko Maas and several Holocaust survivors were present for the launch at the Memorial to the Murdered Jews of Europe in Berlin. All cited links between Holocaust denial, revisionism and ignorance to growing antisemitism as well as to broader discrimination against minorities.

“Holocaust denial and other forms of antisemitism often go hand in hand with homophobia, xenophobia, racism, other hatred,” said Blinken, who is the step-son of a Holocaust survivor. “It’s also a rallying cry for those who seek to tear down our democracies, which we’ve seen in both our countries, [and is] often a precursor to violence.”

Maas echoed Blinken’s comments, underscoring the importance of Germany — “the country of the perpetrators,” he said — taking a leading role in the project.

“In recent years, we have seen antisemitism and racism eating into our society,” Maas said. “Just think of the Yellow Star badge as seen at demonstrations against COVID measures, of the torrent of antisemitic conspiracy theories on the Internet, of the attacks on synagogues and on Jewish people living in our countries, of the rioters in front of the Bundestag or the rampaging mob in the U.S. capital.”

With advancing age severely reducing the number of Holocaust survivors and dimming first-hand memories of the atrocities, Blinken and Maas said the new dialogue would produce innovative ways to educate younger generations about the Holocaust and the troubling buildup that led to the mass extermination of Jews and others in Nazi Germany and elsewhere.

“The Shoah was not a sharp fall, but a gradual descent into darkness,” Blinken said.