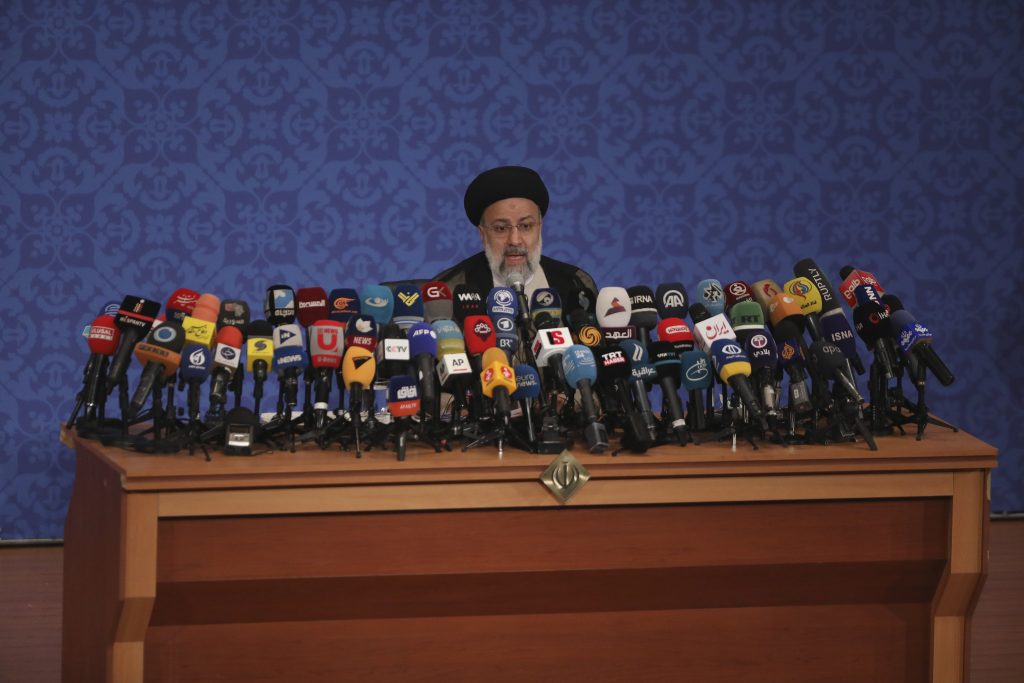 Over the weekend, 28.9 million Iranians — less than half of the 59 million eligible voters — went to the polls to participate in a charade inaccurately described as an election. With only candidates approved by the so called “constitutional council” the country’s ruler, Ayatollah Ali Khamenei, the results were rigged before the first ballot was cast.

We will never know how many Iranians voted because they preferred one of the candidates — or because they were too afraid to follow the call for boycotting the elections. Either way, it is telling that some 3.7 million people — more than 10% of voters — managed to “void” their ballots.

As expected, the man declared as the winner of this spectacle was Ebrahim Raisi, a protégé of the Ayatollah, who, for very good reason, is under U.S. sanctions. According to the U.S. Department of the Treasury, Raisi, who serves as the head of Iran’s Judiciary, oversaw “the executions of individuals who were juveniles at the time of their crime and the torture and other cruel, inhuman, or degrading treatment or punishment of prisoners in Iran, including amputations.”

Raisi was also involved in the regime’s brutal crackdown on Iran’s Green Movement protests that followed the chaotic and disorderly 2009 election. Previously, as deputy prosecutor general of Tehran, Raisi participated in a “death commission” that ordered the extrajudicial executions of thousands of political prisoners in 1988.

He will replace outgoing President Hassan Rouhani — who is often referred to in the general media as a “moderate.” It is important to remember that while compared to the likes of Raisi, and when it comes to agreeing to negotiate with America, Rouhani might have been viewed as such, there was nothing moderate about his administration’s support for terror groups including Hamas and Hezbollah or its hostility toward Israel.

Furthermore, the President’s power in Iran is quite limited, as it is the Ayatollah who calls the shots, both literally and figuratively. With two months left until the changing of the guard, some pundits suggest that the Ayatollah will quickly agree to renewing the controversial nuclear deal with the West before Raisi takes over. This way, it will be the moderate faction in Iran that will get blamed by the critics of Iran for agreeing to bring back the deal, while it will be the hardliners led by Raisi who will reap the popularity engendered by the lifting of American sanctions.

Yet, it can only be hoped that the notion of a vicious killer like Raisi at the helm in Teheran will underscore to the Biden administration what the other side at the negotiating table really is all about. For, although a deal may be struck while Rouhani is in the office, it will be implemented under Raisi.

There is much reason to be worried about the agreement said to be taking shape now in Vienna. If the talks end up falling apart — which remains a possibility, then the drawbacks of a bad deal will be off the table for now. But in itself, not reaching an agreement does not minimize the extremely grave threat posed by a nuclear armed Iran.

No matter which way we turn, we are in need of much rachamei Shamayim and Divine protection from all our enemies.