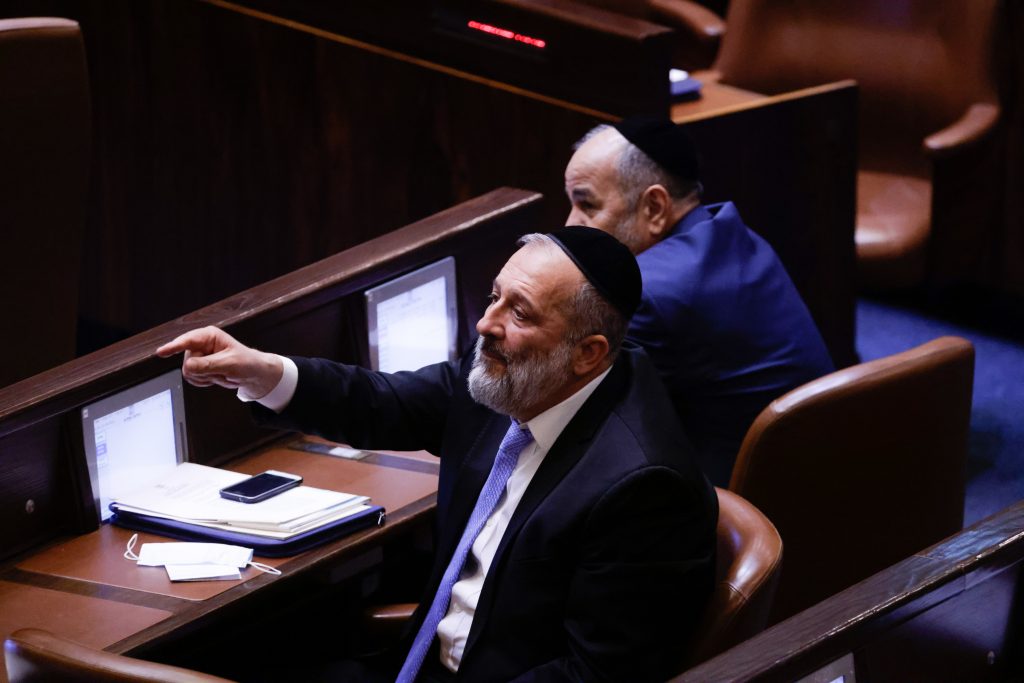 Shas leader Rabbi Aryeh Deri has refused an offer of chairmanship of a Knesset committee and urged others in the opposition to similarly boycott the Lapid-Bennett government.

“We should refuse to take the crumbs we are offered by the illegitimate coalition,” Deri told a meeting of his Shas faction on Thursday, as quoted by The Jerusalem Post. “The government came to power through lies and trickery, and there is no reason we should cooperate with it.”

It is customary for the opposition to be accept the chairmanship of four or five Knesset committees in each session, and Shas was in line to receive the Science and Technology Committee.

On Sunday, the coalition is expected to introduce a number of bills that the opposition parties—Likud, Shas, United Torah Judaism, Religious Zionism—are expected to fight.

Among the contentious issues to come up: to codify the rotation between Prime Minister Naftali Bennett and Alternate Prime Minister Yair Lapid and ensure that there will be parity between their blocs in determining policy (each getting a veto over the other); a measure to facilitate MKs leaving their from large parties, a bid to entice Likud MKs to defect to the coalition; expansion of the Norwegian Law, which enables ministers and deputy ministers to resign from the Knesset in favor of the next candidates on their party’s list.