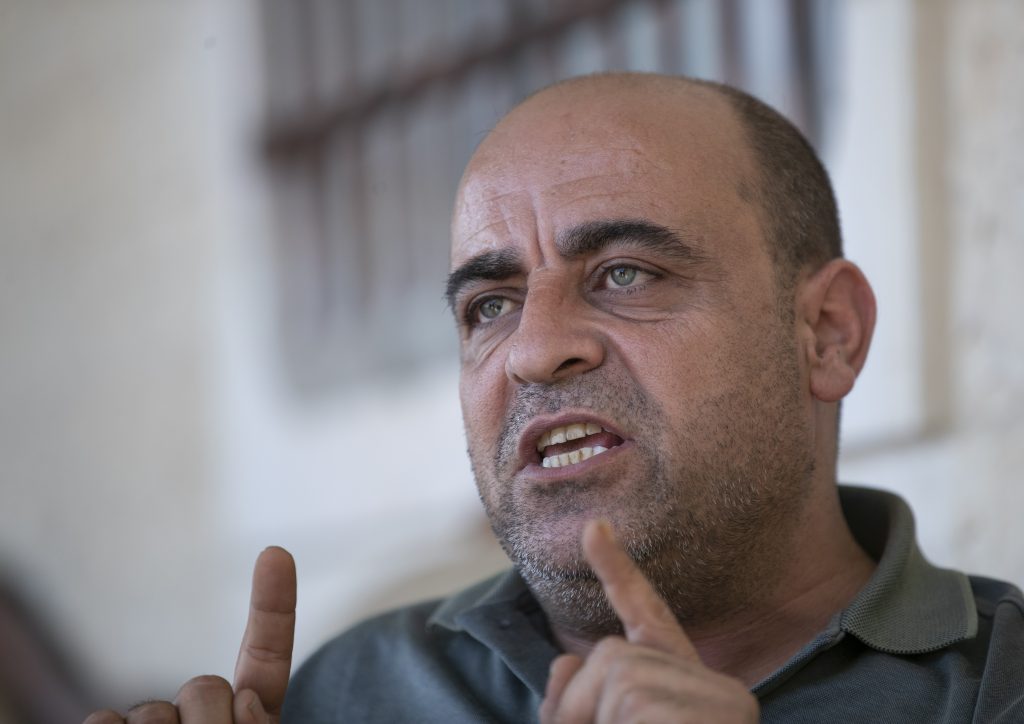 Hundreds of angry Palestinians marched towards Mahmoud Abbas’s presidential compound in Ramallah on Thursday to demand he resign over the death of a well-known activist following his arrest by Palestinian Authority security forces.

Demonstrators held posters of Nizar Banat as they came under tear gas fire by dozens of PA forces in riot gear trying to prevent the group from reaching Abbas’s headquarters, in the center of Ramallah.

According to Banat’s relatives, security forces severely beat him during his arrest overnight in Chevron. The PA-appointed governor of the city said Banat had died when his health deteriorated following his arrest, without elaborating on the cause.

Banat, 43, was a well-known social activist who had accused Abbas’s PA of corruption, including over a short-lived COVID-19 vaccine exchange with Israel this month and Abbas’s postponement of a long-delayed election in May. Banat had registered as a parliamentary candidate for that contest.

A spokesman for the Palestinian Authority did not respond to a request for comment on the arrest and accusations that its forces had beat Banat.

Following demands by the United Nations for an inquiry into Banat’s death, Prime Minister Mohammad Shtayyeh, an Abbas appointee, ordered the formation of an investigation committee that will include the PA’s Independent Commission for Human Rights (ICHR).

ICHR said it would work with the independent Palestinian rights group Al-Haq to conduct the investigation. Al-Haq said that it and ICHR had appointed, with Banat’s family’s blessing, a doctor to carry out an official PA autopsy.

But the announcement of the inquiry did little to assuage Palestinian anger over what they see as Abbas’s increasingly autocratic rule. Abbas regularly arrests his critics, human rights groups say, and has ruled the PA by decree for well over a decade.

“The people want the downfall of the regime,” protesters chanted in Ramallah’s main Al-Manara Square. As they were repelled by tear gas fire on the way to Abbas’s palace, they screamed “traitors, traitors” towards his forces.