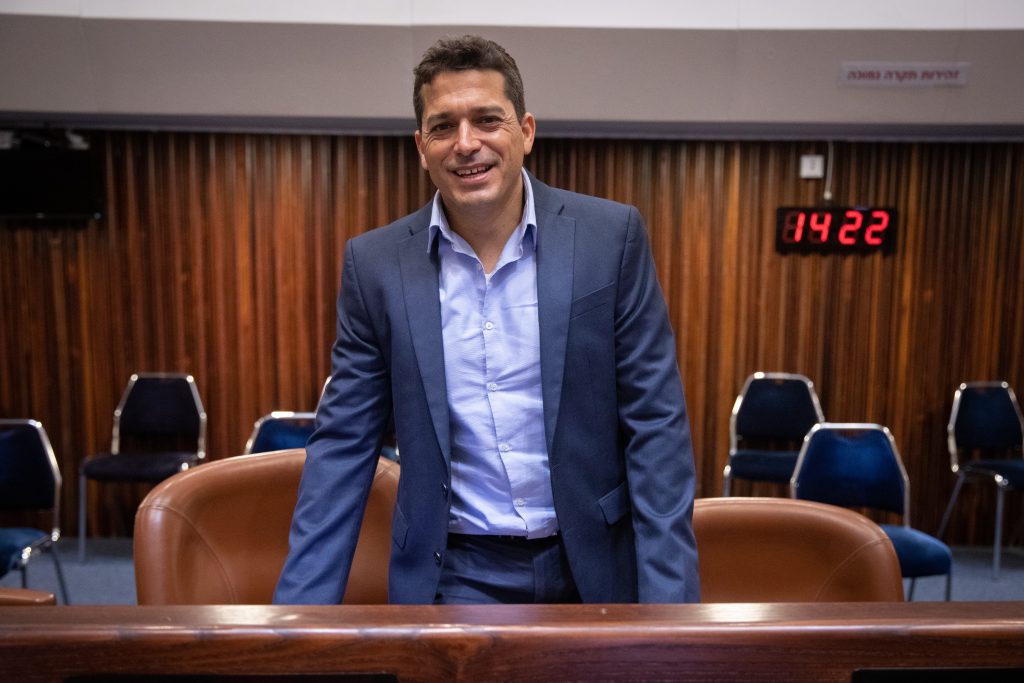 With the new government in turmoil over the extension of the Family Reunification Law, an unexpected source of succor has emerged in the form of renegade Yamina MK Amichai Chikli, who broke with party discipline and voted against the formation of the new government, stressing that he would remain true to the promises he made to his voters and would continue to represent right-wing values.

According to a report on Kan News on Wednesday morning, Chikli has now decided that he will vote together with his party on the majority of issues and will function almost fully as a coalition member. The report added that the Yamina party has agreed that if Chikli has a problem with any specific vote, he will be requested to coordinate his moves in advance with the rest of the coalition.

In return for his acquiescence, Chikli will be included on his party’s list of those eligible for Knesset committee membership (which will come at the expense of his fellow Yamina MKs) and will not be reckoned as having defected from his party – something that would have jeopardized his political future.

With regard to the contentious Family Reunification Law, Chikli is expected to vote with the majority of the coalition to extend the law that severely restricts the granting of Israeli citizenship to PA-Arab spouses of Israeli-Arab citizens. As of Wednesday morning, the Likud is still threatening to vote against the law’s extension.

MK Chikli told Kan News that he will indeed be guided by policies rather than politics when it comes to Knesset votes, and will weigh each issue on its own merits.