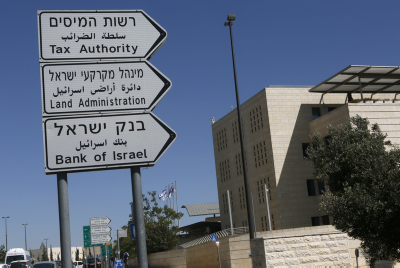 As part of the preparations for the discussions on the state budget, the provisional Finance Committee chaired by MK Alex Kushnir (Yisrael Beytenu) heard a briefing on Tuesday from Director of the Israel Tax Authority Eran Yaacov.

Yaacov presented the various challenges that had faced the ITA during the COVID-19 year, saying that the focus had been on making payments to those who needed them with a minimum of bureaucracy. He said that until today, about NIS 37.5 billion had been paid by the ITA in coronavirus grants within the aid program for businesses.

Yaacov added that over 7,000 claims had been filed for compensation due to direct damage caused during Operation Guardian of the Walls. “This was a period of 10 or 11 days, and more requests were filed than the entire period of Operation Protective Edge, which lasted for over 40 days,” he said.

Yaacov said that one of the ITA’s main goals in the coming years was to combat unreported capital: “Our strategy for reducing unreported capital is made up of several tiers — coping with it by enforcement is very limited, and the way to contend with this effectively is through prevention,” he said. Yaacov added: “We have a strategy for dealing with this. We hope [to do this] through a minor legislative change, and by means of existing technology that we are trying to obtain. The technology exists. This means that without bothering the customer, we will check some data about the transaction and we’ll know with a high degree of probability if it’s fictitious, and we’ll stop it.” Yaacov said that organized crime groups use fictitious invoices as a method of financing themselves.

The ITA Director said that from an international perspective, Israel could do more in the area of unreported capital. “To do more, it takes resources. Apparently there is more unreported capital here than in the U.S. or other countries; they have better legislation and deterrence. We don’t have sufficient legislative tools. They have to be improved,” said Director Yaacov, and added that there were “many billions in unreported capital.”

Members of the Finance Committee and representatives of business organizations called upon the ITA to improve the compensation mechanism ahead of future crises, with an emphasis on flexible models of compensation and a faster and more efficient response to industries that fall between the cracks.

Committee Chairman Kushnir said: “There has to be guidelines so everyone knows what to do, and as soon as it’s necessary to utilize them, to prevent uncertainty for people.” Kushnir said further, “Now is the time to do it, during a routine period, when there’s no shooting. After we finish the main thing, which is the state budget that needs to be approved, we’ll address this.”