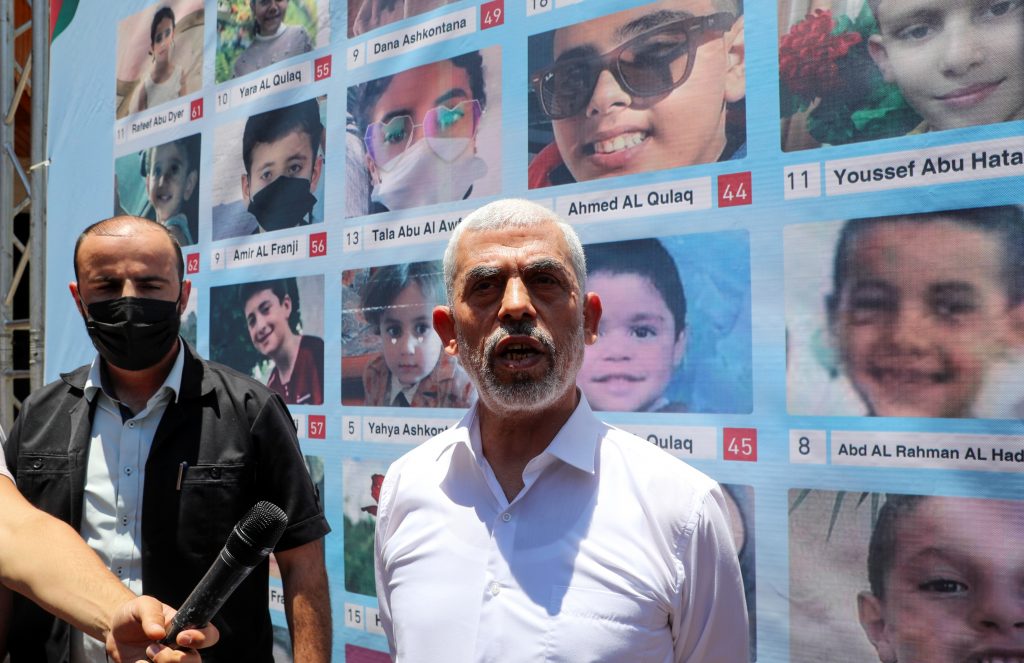 Palestinian terrorist organizations in Gaza on Tuesday issued a joint statement, calling on Egyptian and international mediators to pressure Israel to “lift the blockade on Gaza, finalize the rehabilitation matter, and stop the provocations in Jerusalem, Sheikh Jarrah and Silwan.”

The terrorist groups also called on Palestinians in Yehudah and Shomron, Yerushalayim and within the Green Line to “prepare for a security escalation.”

“The resistance won’t stand idly by in the face of the [Israeli] procrastination. We demand that the mediators pressure Israel to move more quickly to lift the siege on Gaza and finalize the matter of Gaza’s reconstruction,” the groups said.

Earlier Tuesday, sources told the Palestinian newspaper Al-Quds that no progress had been made on Gaza and that “Israel continues to drag its feet while displaying a lack of seriousness” in terms of reaching a long-term ceasefire agreement.

“Israel is trying to perpetuate a new equation by pressuring the terrorist organizations in Gaza, and the mediators, by tying all the various issues to one another, including the prisoner exchange, the matter of Gaza’s rehabilitation, fully opening the border crossings and improving the economic situation,” one source said.

Hamas, according to the sources, was in coordination with the other armed factions in Gaza in insisting that these issues be separated.

Increasingly, therefore, it appears Hamas is moving toward another military conflict with the Jewish state, particularly amid the repeated threats by the terrorist group’s leader in Gaza, Yahya Sinwar.

Speaking to Yisrael Hayom, Maj. Gen. (ret) Amos Gilad believes there is a gap between Israel and Hamas in their understanding of the situation, which could lead to another round of fighting with Gaza.

“You need to understand one fundamental thing when it comes to the worldview of Hamas and its leadership in Gaza and abroad; members of Hamas aspire to one thing only and that is Israel’s destruction, they don’t care how many casualties they sustain, how many Gazans get hurt, what damage they incur along the way. Within this reality, Yahya Sinwar himself has a messianic self-perception; he sees himself as the successor to Salah al-Din,” said Gilad.

“From his perspective, he was able to hit all of Israel, rile up the Arabs in Yehudah and Shomron, and also foment rebellion among the Arabs of Israel. Thus, in his distorted view, Hamas finished the campaign with the upper hand and therefore the organization is taking a very tough stance in the negotiations.

“On the other hand, Israel doesn’t want to destroy Gaza, it wants quiet. Therefore, from its point of view, as long as Hamas isn’t attacking and the residents of Gaza aren’t hungry, the situation is good. And this is the giant gap – Sinwar intends to attack Israel, his warnings are actually serious; while Israel believes Hamas took a significant beating because we hit its defensive tunnels and gained control of the riots on the Temple Mount and across Yehudah and Shomron and Israel,” said Gilad.

“From the Israeli point of view, Hamas will be hurt much worse if it attacks now, because its [missile] factories are already damaged and it will have a much harder time shooting at us. Here too, however, we can see our perceptual discrepancy compared to Hamas, which is why we must be ready for Hamas to act, even if it doesn’t make sense to us,” added Gilad.

In Gilad’s opinion, the equation in Gaza needs to be changed – Israel must respond to incendiary balloon attacks and not allow anything other than humanitarian supplies to enter the territory. “We don’t want there to be hunger [in Gaza], but we aren’t going to allow anything that helps strengthen Hamas. Iran, Hezbollah and every other terrorist entity in the region will also be testing the degree to which we bend to Hamas’s demands,” Gilad said.