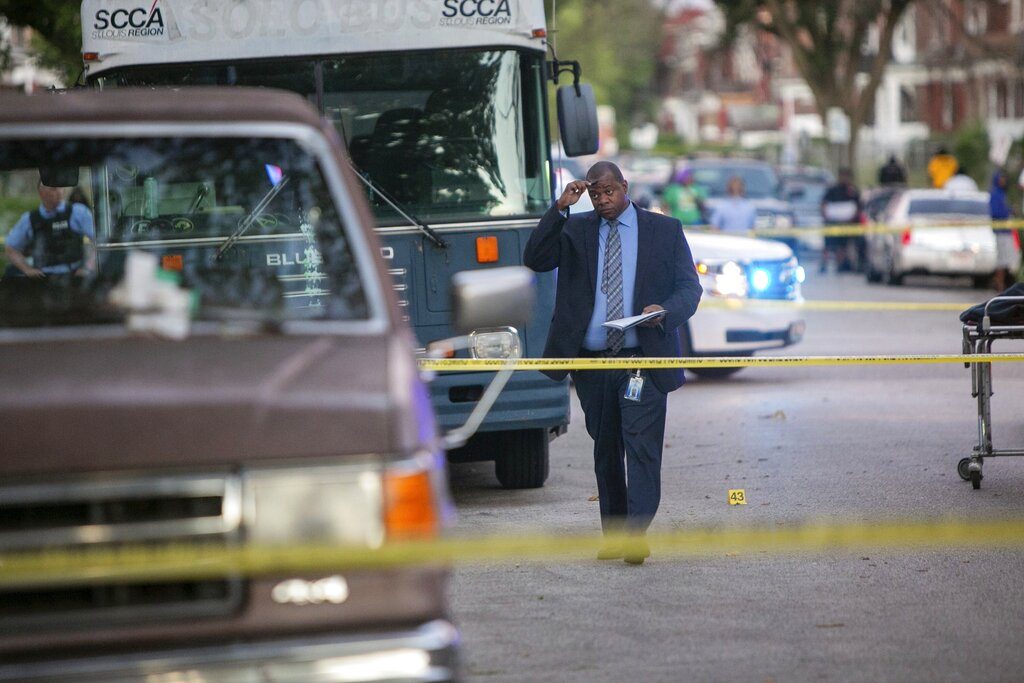 Police were called about 7:30 p.m. Monday to the city’s Greater Ville neighborhood in north St. Louis. Two men were found dead outside a convenience store, police Chief John Hayden said. A third collapsed and died in the courtyard of an elementary school.

Investigators were still trying to determine what led to the shooting, Hayden said.

St. Louis saw a near-record number of killings last year, with 262, and is on about the same pace in 2021. The city has ranked among the deadliest in the U.S. for many years. The shooting comes amid fears about a spike in U.S. gun violence heading into the summer.