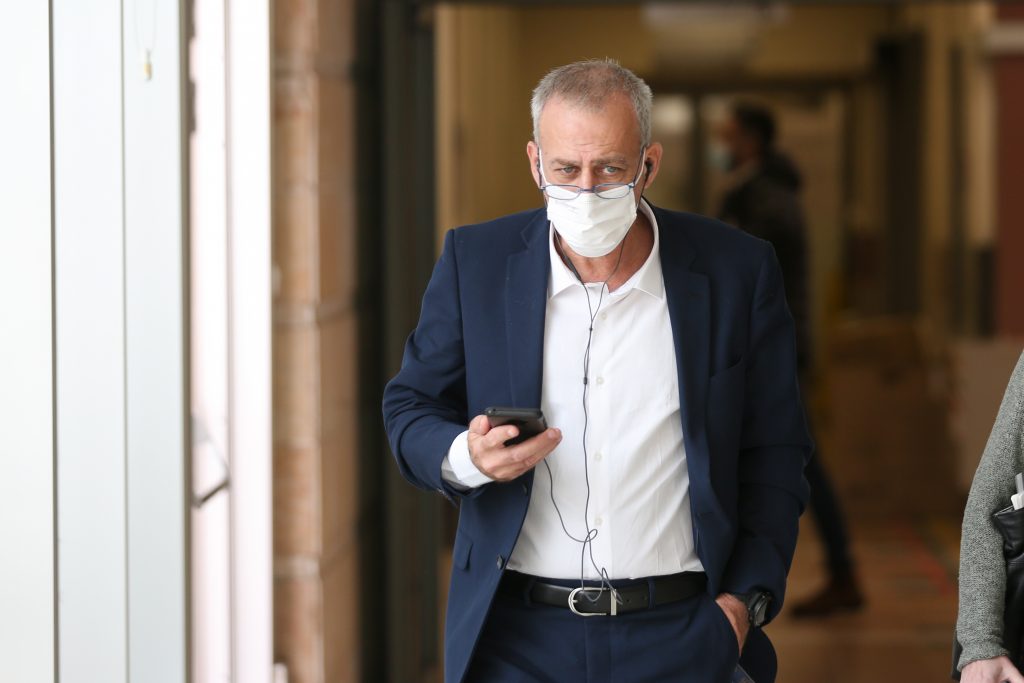 Israeli health officials are trying to quell public anxiety over the reports of fresh outbreaks of the coronavirus, while the government moves to ramp up testing and clamp down on quarantine violators.

“This is a local and not a general outbreak whose source is primarily from abroad,” coronavirus commissioner Nachman Ash said Tuesday on Channel 13 news.

Most of the cases have been concentrated in the school system. The Education Ministry update on Tuesday said that 183 students and 20 staff members are confirmed to be infected.

Overall, there are over 5,000 students self-isolating, close to 2,000 of whom entered quarantine in the past day, the ministry said.

He also asserts that testing capabilities at Ben Gurion Airport have improved but the growing number of travelers was making testing more difficult.

“However, the issue of quarantine isn’t being done properly — people aren’t strict about it and therefore we see contagion,” he says.

The Education Ministry releases updated data on coronavirus cases at Israeli schools, saying 183 students and 20 staff members are confirmed to be infected.

The ministry says there are over 5,000 students self-isolating, close to 2,000 of whom entered quarantine in the past day.

As most of the new cases have been attributed to incoming air passengers, efforts are being made to ensure strict enforcement of health regulations at Ben Gurion airport.

The Defense Ministry announced it will assist in quickly setting up another coronavirus testing facility there. The plan calls for a special tent where hundreds of people can be tested at once. Specifications for the facility are being drawn up.

The Health Ministry is expected to make a formal recommendation for reimposition of the indoor mask mandate at a number of locations in Israel, Channel 12 news reports. That would include the arrivals hall in Ben Gurion, medical clinics, hospitals, welfare centers, senior living centers and schools where new cases have been detected, according to the report.

In the meantime, Chezy Levy, the director-general of the Health Ministry, urged Israelis to wear masks when riding public transportation.

“In crowded places, particularly public transportation, it would be wise to wear a mask,” Levy told Ynet on Tuesday.

The authorities have also said that “heavy fines” will be levied on people who violate the travel ban on nine countries where the pandemic is still at dangerous levels.