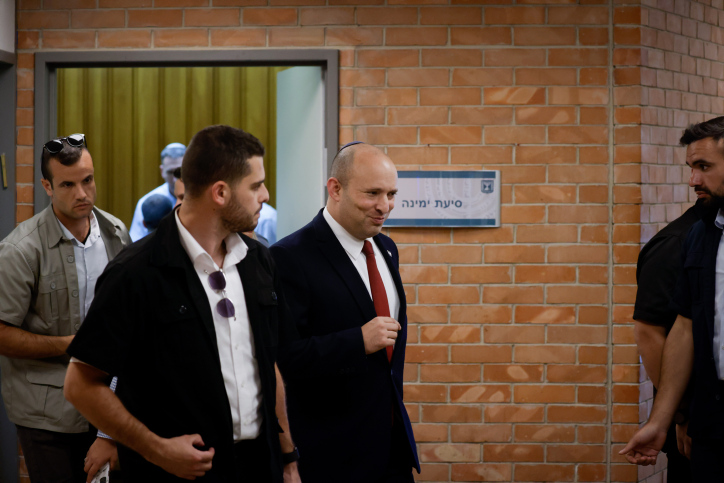 The government is about to pass the annual extension of the law barring residents of the Palestinian Authority from receiving Israeli citizenship via marriage to Israeli citizens, despite opposition from the Likud and the Religious Zionist Party.

Prime Minister Naftali Bennett met Monday night with Ministers Ayelet Shaked and Ze’ev Elkin and with United Arab List (Ra’am) chairman MK Mansour Abbas in an attempt to reach a compromise that will allow the approval of the extension of the Family Reunification Law.

During the meeting, Abbas agreed that the UAL will notvote against the law’s extension, enabling it to narrowly pass in the Knesset, Kan News reported Tuesday morning.

Meanwhile, an MK from Ra’am said that the party will vote against extending the law, denouncing the legislation as “racist and anti-democratic.”

“It cannot in any way or form pass with the votes of Ra’am’s Knesset members,” MK Waleed Taha wrote on Twitter. “I will continue to oppose this law… and Ra’am will vote against the law in the plenum.”