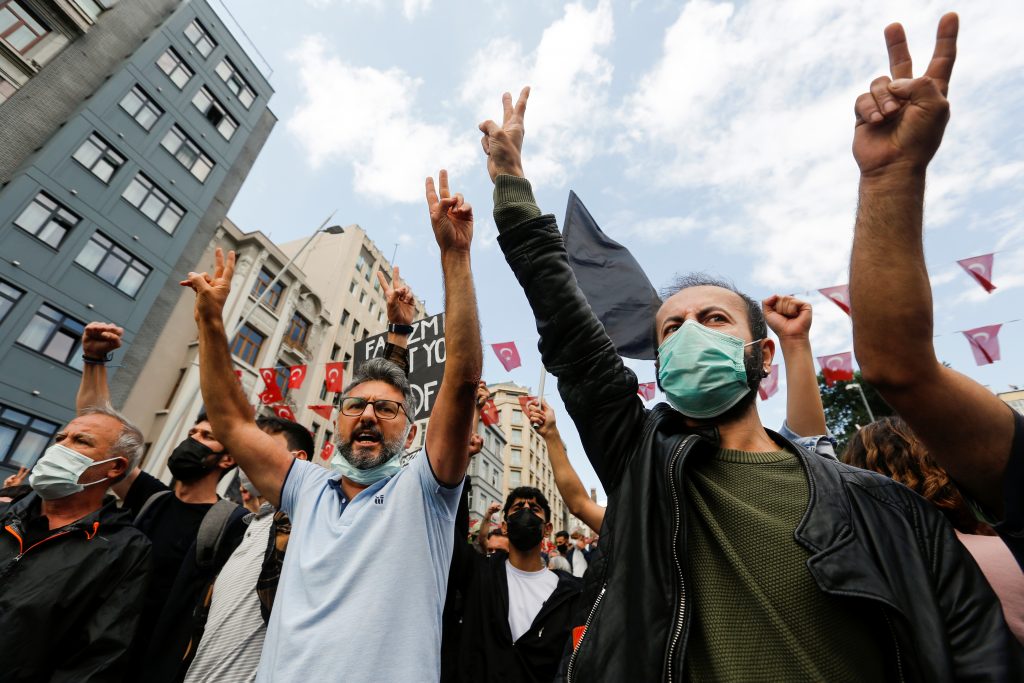 Turkey’s Constitutional Court on Monday accepted an indictment filed by a top prosecutor seeking a ban on the pro-Kurdish Peoples’ Democratic Party (HDP) for alleged ties to militants, state media said, opening the way for a case to close Parliament’s third-largest party.

The case follows a years-long crackdown on the HDP, in which thousands of its members have been tried on mainly terrorism-related charges. The party denies links to terrorism and described the case as a “political operation.”

The judges unanimously accepted the indictment from Turkey’s top appeals court. It will now be sent to the HDP for its initial defense, state-owned Anadolu news agency reported.

HDP co-leader Mithat Sancar promised a successful defense of the case, saying after a meeting of the party leadership that the charges had no legal foundation.

“The goal of the case is the Kurdish people and its will,” Sancar told reporters. “It also aims to destroy hope for democracy in Turkey, choke the longing for freedom and completely bury dreams of peace.”

The HDP has come under increased pressure in recent months, with nationalist allies of President Tayyip Erdogan’s AK Party (AKP) calling for it to be banned over alleged ties to the outlawed Kurdistan Workers Party (PKK) terror group.

That pressure has coincided with falling poll support for the AKP as Erdogan’s government battles the economic fallout of the coronavirus pandemic. Elections are not scheduled until 2023.

Turkey has a long history of shutting down political parties, including pro-Kurdish ones. Critics say its judiciary is subject to political influence, a claim denied by the AK Party and its nationalist MHP allies.

The Constitutional Court had sent a previous indictment back to the prosecutor in March due to procedural omissions and it was refiled earlier this month. There was no immediate statement from the court itself.

“Full assault on HDP & the right of millions who voted for it to [be] their chosen parliamentary representatives goes on,” Human Rights Watch’s Emma Sinclair-Webb wrote on social media.

Last week, a man stormed HDP offices in the western city of Izmir and shot dead a 20-year-old woman in an attack the party blamed on the crackdown.

The PKK launched an insurgency in 1984 in mainly Kurdish southeast Turkey, a conflict in which more than 40,000 people have been killed. The European Union and United States, like Turkey, designate the PKK as a terrorist group.