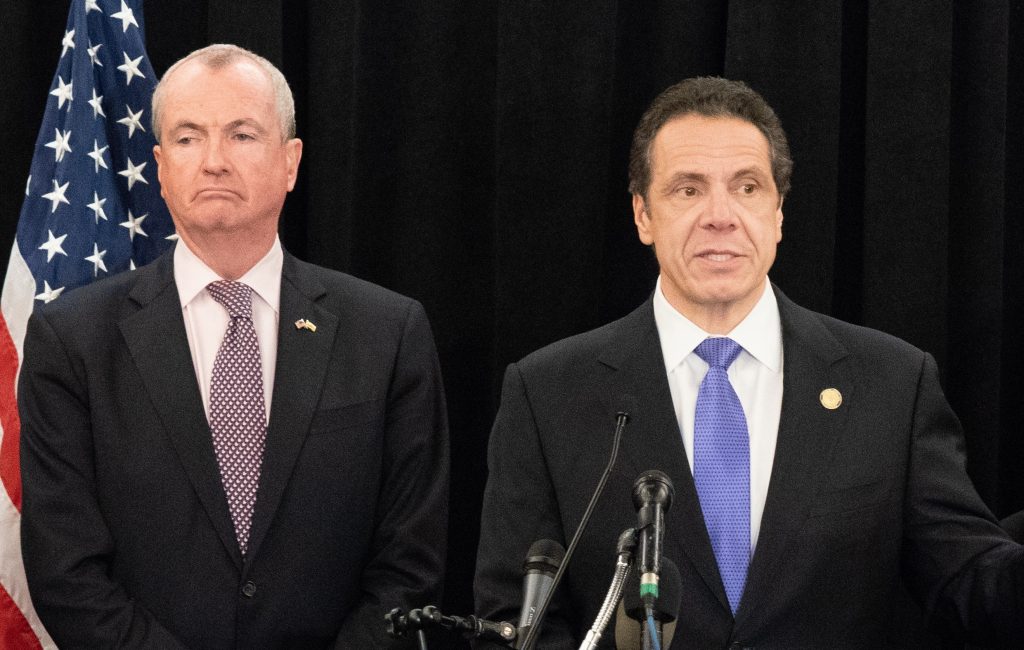 Despite dire predictions at the beginning of the pandemic, New York’s coffers are flush with federal aid and the reapings of a better than expected economic recovery. Similarly, New Jersey has an unexpected $10.1 billion budget surplus.

New Jersey’s Democrat Governor Phil Murphy is negotiating with lawmakers to use the budget surplus and federal aid to pay off debt and increase pension payments. The state was braced for a shortfall of billions in 2020 and 2021 but instead is seeing record-high tax revenues from increased sales as restrictions are rolled back and the economy recovers.

New Jersey Republicans, who are the minority, expressed hope the surplus funds would go to expanding  the earned-income tax credit and property-tax relief programs, something Murphy has also indicated support for.

In New York, Governor Andrew Cuomo and the Democrat-controlled state Senate and Assembly passed a $212 billion budget in April. In late May, Cuomo’s office released a financial plan that increased New York’s income-tax projection by $4.1 billion more than the projections in January, indicating a rosier economic outlook.

Now, many fiscally conservative critics are urging Cuomo to pause his first-ever income tax increases, arguing the tax hike is no longer necessary. In April, Cuomo agreed to raise taxes on personal income and corporate franchise. Long an opponent of raising New York’s already high taxes out of concern it might cause people to move, the governor said the economy needed more funding after being battered by the pandemic. The tax increases would be used for state funding for schools.

Andrew Rein, president of the nonpartisan watchdog Citizens Budget Commission, said that the federal funds rendered the tax increases unnecessary. “Do we really need the money? No. Would we be more competitive if we shortened or reduced some of that tax increase? Certainly,” he said.

Michael Kink, executive director of Strong Economy for All, supports the tax increase. “The state has plans to invest revenues over the long term in communities that were suffering long before COVID,” he said. “I think lawmakers recognized this session that tax policy was not about a short-term crisis, it was about long-term investments for a broader, stronger recovery.”