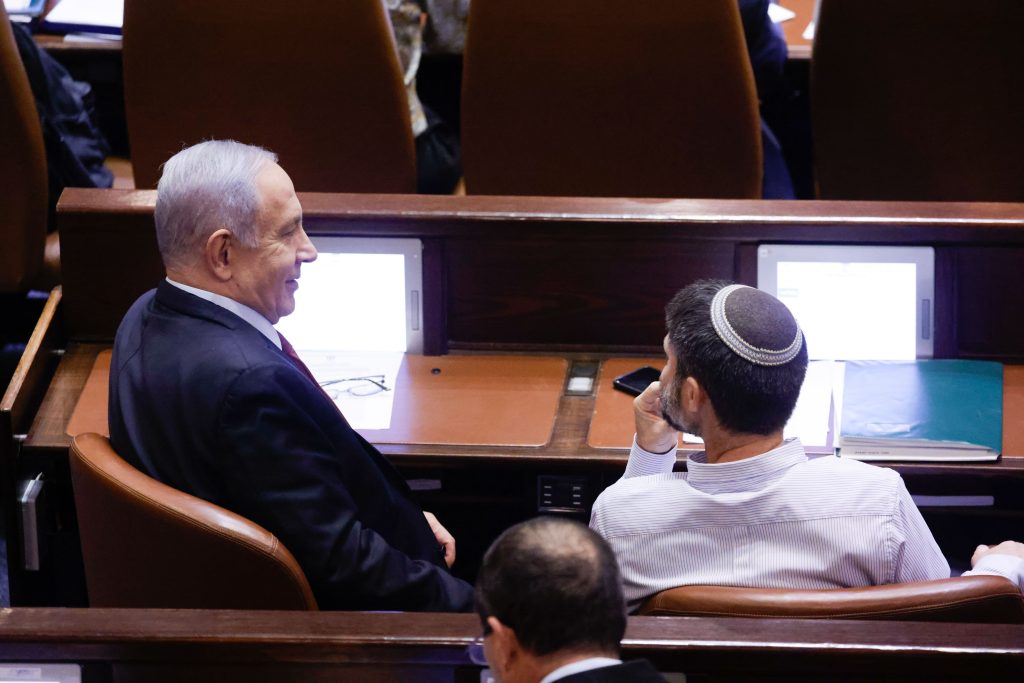 Sensitive national security matters were dragged into a political row on Monday over whether Israel has committed to taking no military action against Iran without first informing the U.S.

Netanyahu said that, before leaving office, he was requested by President Joe Biden and Defense Secretary Lloyd Austin, “don’t surprise us” on Iran, but refused to commit, telling them only, “I’ll take your request into account.”

Lapid denied Netanyahu’s charge, though it contradicts a Foreign Ministry statement that such an agreement was indeed made.

Meanwhile, Defense Minister Benny Gantz asserted that Israel’s freedom of action against Iran or any other enemy is not harmed due to its commitment to coordinate with the U.S.

“I affirm that Israel will continue to preserve for itself its right to defend itself against any threat in any place,” he said.

“The former prime minister’s use of intimate conversations with our closest ally for political means is shameful and dangerous,” he added.

“If there were no surprises, we wouldn’t have been able to destroy the reactor in Iraq,” Netanyahu said of the 1981 strike ordered by prime minister Menachem Begin, adding that he had been asked for such a commitment several times by Washington over his 15 years in power and always refused.

(In 2007, prime minister Olmert indicated to president Bush that Israel would strike Syria’s nuclear reactor, but did not coordinate the attack with the U.S.)

However, in March, when Netanyahu was still premier, then-foreign minister Gabi Ashkenazi disclosed that Israel and the Joe Biden administration had agreed to a “no surprises” policy.

During the previous government, senior Israeli officials agreed there would be “no surprises,” and that disputes would be addressed behind closed doors, a source confirmed to The Times of Israel on Monday.

Yet, Netanyahu said on Monday: “I cannot think of a weaker and more flaccid message we could be sending Iran,” and that the country’s ayatollahs can now “sleep well at night.”