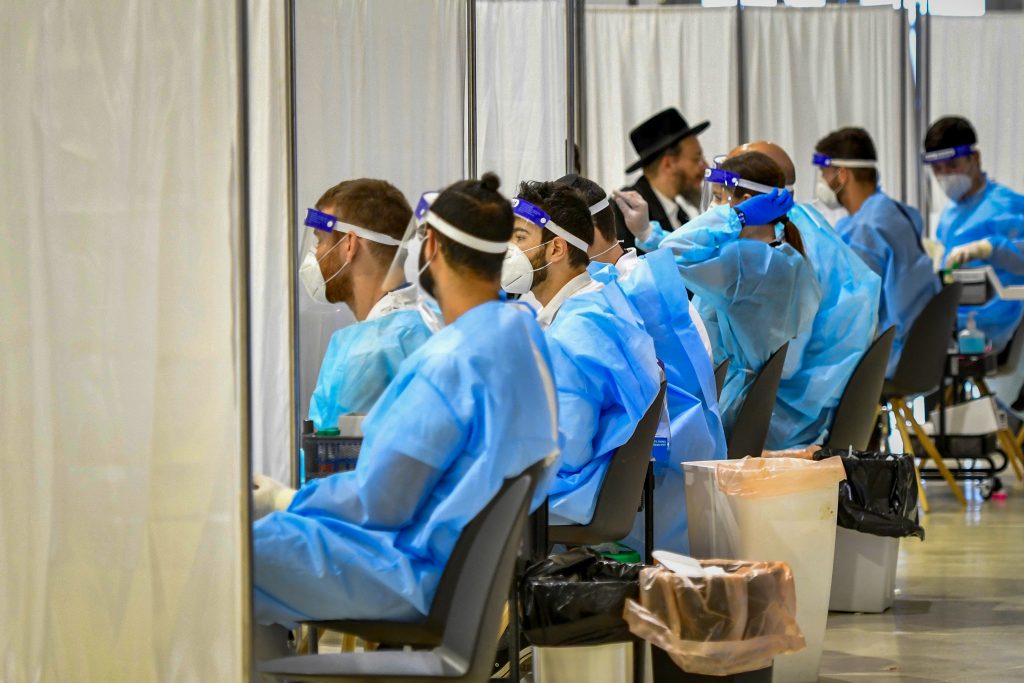 They agreed to task some additional 250 officers to enforce isolation requirements for those returning from abroad, build a new testing complex at Ben Gurion Airport and increase the number of testing stations, as well as carry out a communication campaign to foster awareness of the importance of respecting quarantine regulations among the public.

In addition, the authorities will investigate the gap between the number of violations of quarantine and the fines given, and will consider the position of parents whose unvaccinated children do not quarantine after returning from abroad.

The ministers also confirmed that Israelis are not allowed to fly to Argentina, Brazil, India, Mexico, Russia and South Africa, unless they obtain special permission from a dedicated government committee. The government has also decided to formally recommend that children ages 12-to-15 vaccinate, a break from the past when children in that age group were allowed to receive the vaccine but there was not formal government recommendation to do so.

Earlier in the day, a spokesperson for the ministry said that Horowitz and coronavirus commissioner Professor Nachman Ash were working to accelerate the implementation of a plan compelling incoming travelers, who are required to isolate, to wear an electronic bracelet to monitor their compliance. The program was first approved in March and has stalled since then.

In the past few days, several outbreaks have occurred in schools all over the country, prompting the ministry to order students in three cities to wear masks and to consider issuing a stronger recommendation to get children ages 12-15 to get inoculated.

Several hundred students have been sent to home isolation as a result of the outbreaks.