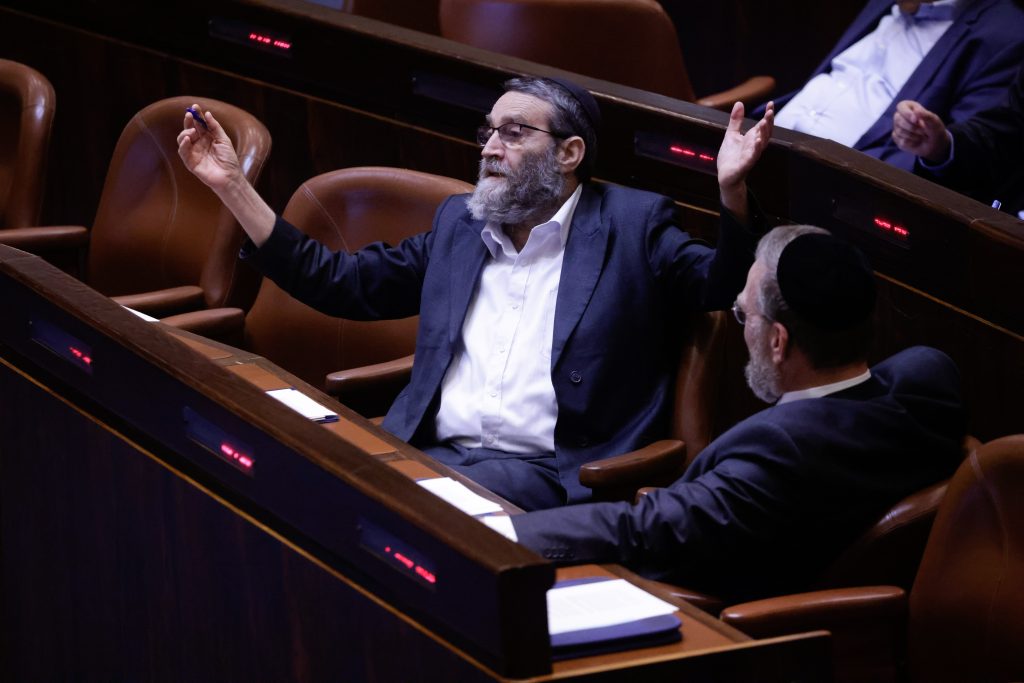 The new Israeli government defeated the first parliamentary challenge to its legitimacy on Monday as a Likud-sponsored no-confidence motion failed to pass.

“A government founded on lies, fraud and breach of trust has no right to exist,” declared Likud’s Ofir Akunis in the Knesset plenum. Opposition leader Binyamin Netanyahu has said as much in recent days, accusing Prime Minister Naftali Bennett of having betrayed his right-wing constituents by joining with center and left parties in the coalition.

Minister Zeev Elkin (New Hope), speaking on behalf of the government, rejected the claim, saying: “Don’t speak to us about legitimacy. If it doesn’t serve you, it’s not legitimate. If you are on the outside, it’s not legitimate,” he said, shouting to make himself heard above opposition heckling.

In the acrimonious session preceding the vote, Elkin — formerly Netanyahu’s confidant and a Likud minister — accused the former PM of sending “thugs” to protest outside his home at 11 o’clock at night to frighten his children.

Regarding the issue of Bennet serving as prime minister though he heads a party of only 6 MKs, Elkin said: “When you, Netanyahu, offer Bennett to become prime minister in a rotation with you, with six Knesset seats, that’s legitimate. But now, when you’re not in this government — it’s illegitimate.”

The session also saw United Torah Judaism leader Rabbi Moshe Gafni call Bennett a “piece of nothing” and blame him for the resurgence of COVID-19 in the country.

“He became prime minister, and before five days have passed, the coronavirus is back,” said Gafni, mocking the premier for writing a book about the handling of the pandemic when he was in the opposition.

“We aren’t starting from zero, but below zero,” he told a meeting for his Yesh Atid faction, and asking the public to be patient about seeing results from the transition.

“I apologize to you journalists ahead of time, this government will be a lot less interesting than the last one. We didn’t come to argue, but to work,” he said, pushing back against predictions that the conflicting ideologies of the coalition partners guarantees a short tenure.