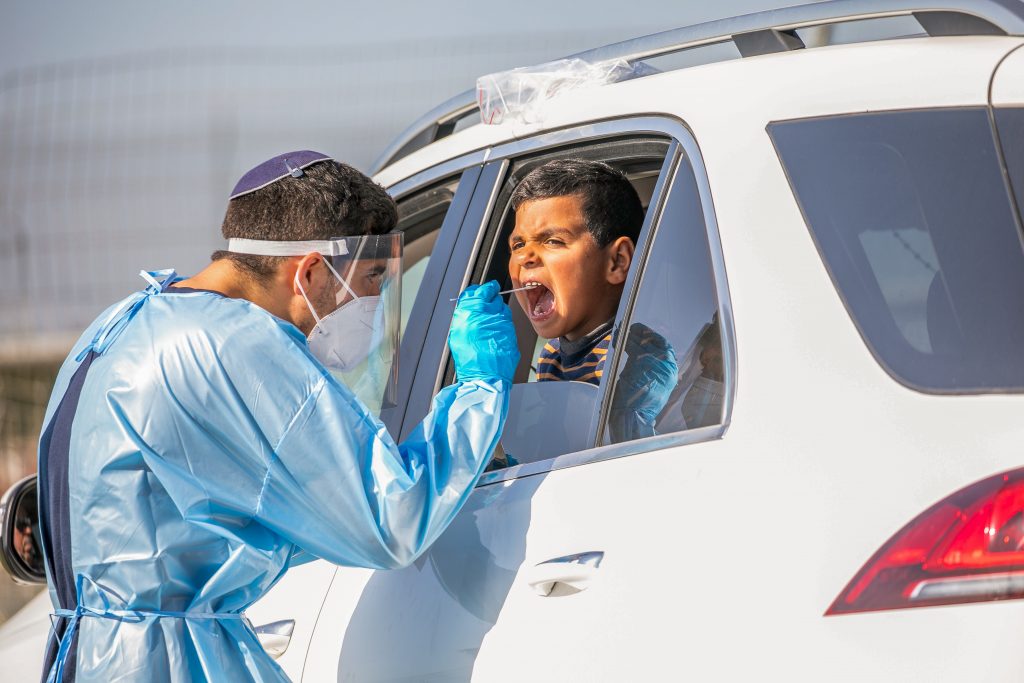 Less than a week after Israel lifted its regulation for wearing masks indoors, schools in two cities reinstated the restriction following outbreaks of COVID-19.

The Health Ministry said Sunday that masks would have to be worn at all schools in Binyamina in the north and Modi’in in central Israel for the final 10 days of the academic year.

The ministry said on Motzoei Shabbos that at least 46 new cases had been detected in Binyamina, attributed to one family that had recently returned from abroad. Health officials fear that the outbreak was caused by the fast-spreading Delta variant that originated in India.

At least nine students at Kramim School in Binyamina had already developed mild symptoms and at least 500 people were in isolation due to the outbreak.

All residents of Binyamina were urged to get tested for the virus to prevent further spread.

Another outbreak was reported Sunday in the Jordan Valley, where a resident of a local Kibbutz tested positive for the virus after returning from a business trip to Dubai.

His children also tested positive for COVID-19 and the elementary school they attend was shut down pending the results of mass testing.

After an outbreak was recorded in the city of Modi’in late last week, also at a local school, Mayor Chaim Bibas said some families had violated the compulsory quarantine for arrivals from abroad.

With infections rates plummeting in the wake of a highly successful vaccination drive, Israel last Tuesday lifted its requirement for masks to be worn indoors, ending one of its last main restrictions.

According to the order signed by Health Ministry Director General Prof. Chezy Levi, masks will also not be required at schools, which were all fully reopened on April 18.

On Friday, thousands of passengers arriving at the Ben Gurion International Airport left without being tested as required by law for all recent arrivals.

Long lines were blamed on the mishap caused by numerous flights arriving at the same time, prompting the concern of some passengers who feared they would not be able to get home before Shabbos.

The ministry claimed they excused only people who arrived from countries with low contagion rates and that the long lines of people waiting to get tested were also a source of concern due to overcrowding.

People arriving from countries classified as a risk due to high infection rates – including Argentina, Brazil, South Africa, India, Mexico and Russia – were required to have a PCR test and wait at the airport even if they showed proof of vaccination.

Officials added that manpower at the airport’s testing sites will be bolstered to prevent such delays.