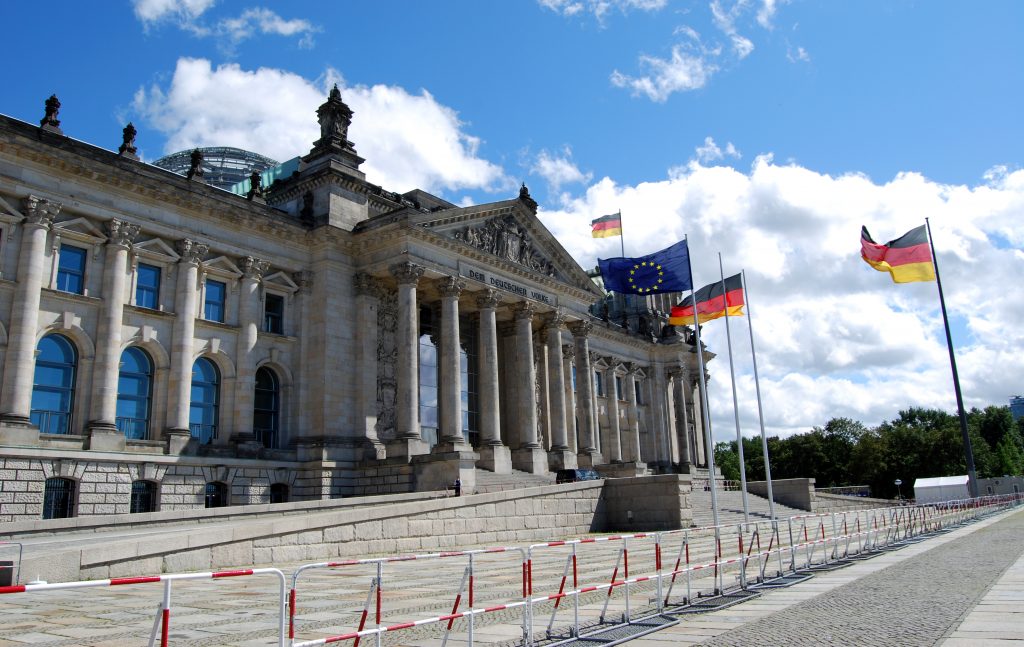 The German government has banned the display of the Hamas flag following pro-Palestinian protests that took place in the country during last month’s Gaza fighting.

“We do not want the flags of terrorist organizations to be waved on German soil,” said Thorsten Frei, a spokesperson for Chancellor Angela Merkel’s Christian Democratic Union party, which proposed the ban, according the news site DW. The initiative was approved by all the parties in the governing coalition.

The “most violent [antisemitic] incidents were in the southern Berlin district of Neukölln, where demonstrators who gathered in solidarity with Palestinians burned Israeli flags, chanted anti-Israel slogans and waved Hamas banners,” The U.K. Guardian reported.

In Mannheim, Hamburg, Leipzig, Frankfurt, Stuttgart and Hanover, there were calls for the dissolution of Israel, according to the report.

Hezbollah symbols may not be used publicly in any assembly, or in print, audio and visual material in Germany, and its assets will be confiscated “to the benefit of the Federal Republic of Germany,” the Interior Ministry’s press release read.

Security officials believe that up to 1,050 people in Germany are associated with Hezbollah.

Meanwhile, Axel Springer, Europe’s largest digital publishing house, told its employees that anyone who objected to the flying of the Israeli flag at its headquarters in Berlin did not belong with the company, The Jerusalem Post reported on Sunday.

Axel Springer CEO Mathias Döpfner: “I think, and I’m being very frank with you, a person who has an issue with an Israeli flag being raised for one week here, after antisemitic demonstrations, should look for a new job,” he said in a video conference with the company’s 16,000 employees around the world.

“We support the Jewish people and the right of existence of the State of Israel” is listed as one of Axel Springer’s five essential values on its website.