Israel Bennett to Hamas: Our Patience Has Run Out
Israel 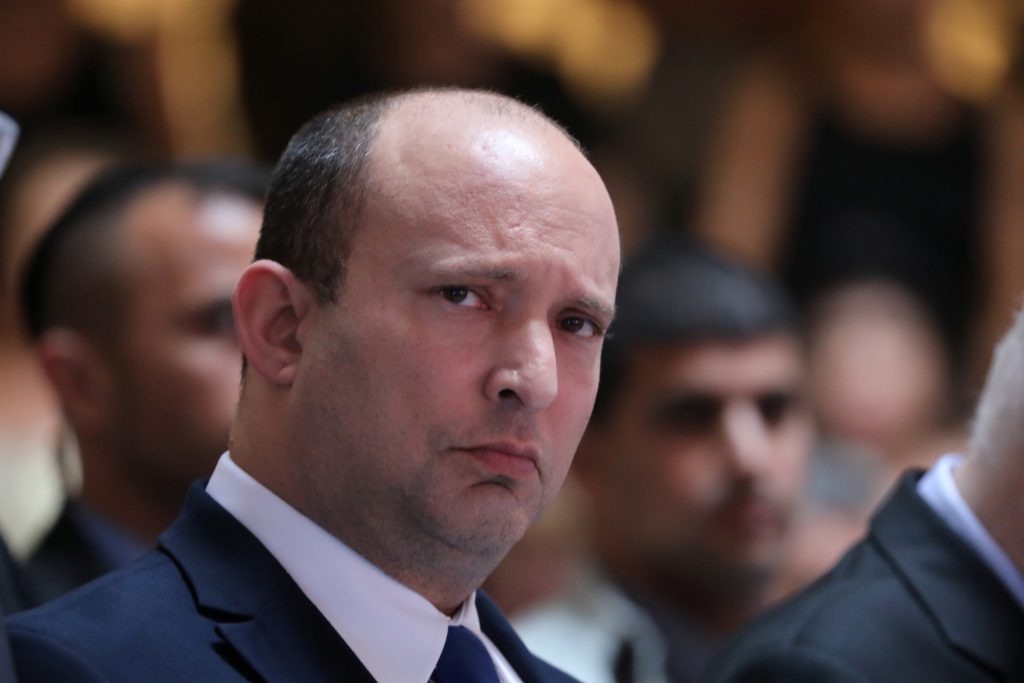 “Our enemies will know the rules: We will not suffer violence and a slow drip [of rockets]. Our patience has run out.

“The residents of the Gaza periphery are not second-class citizens. Those who live in Sderot, Ashkelon and Kfar Aza deserve to live in peace and security,” Bennett said, at a memorial ceremony for the victims of the 2014 Operation Protective Edge in Gaza.

Bennett addressed the painful, unfinished business that he inherited from the previous government: “We will do our best to bring them home,” he said of the two kidnapped citizens and the bodies of Hadar Goldin Hy”d and Oron Shaul Hy”d.

“Now it is our shift and our commitment, we were there when we sent the boys inside. We will act resolutely so that we can one day again say that the boys have returned to their borders,” said Bennett, who had advocated a ground incursion in 2014.

Outside the ceremony, the family of soldier Hadar Goldin held a protest calling on the government to do more to ensure his return.

Defense Minister Benny Gantz said to his mother Leah Golding: “I hope one day we’ll sort it out.”

“We are doing everything we can and we’ll continue to do so,” Gantz said.