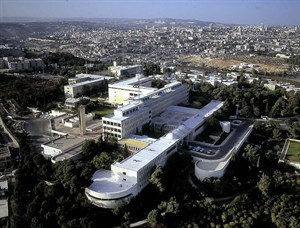 A Yerushalayim-born Israeli woman with British citizenship said Wednesday she was shocked to discover that her new U.K. passport lists her birthplace as the “Occupied Palestinian Territories.”

The British Home Office later apologized, describing the listing as an “error” and saying it was urgently investigating the matter.

Ayelet Balaban, whose father is British, was born at Hadassah Mount Scopus Hospital in Yerushalayim.

Balaban applied for her new passport online and says she sent the old one by mail to the U.K. on May 23, two days after the end of the 11-day conflict between Hamas and Israel.

She said she received her new documentation back earlier this week.

A British Home Office spokesperson said: “We apologize for this error and are urgently investigating how this has occurred. We will contact Ms. Balaban about the issuing of a new passport showing the correct place of birth.”

The listed place of birth for those born in Yerushalayim was a contentious issue also for dual-U.S. citizens, some of whom waged a long legal battle in order to have “Jerusalem, Israel” listed on their U.S. passports instead of just Jerusalem.