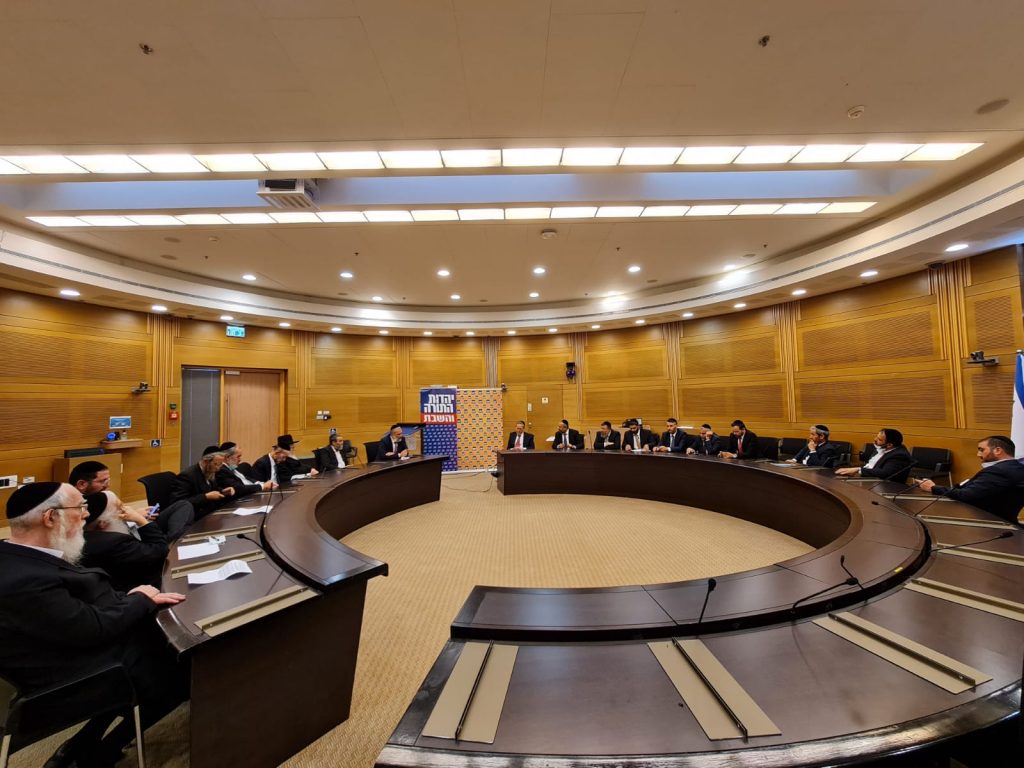 United Torah Judaism MKs were enraged to learn Wednesday that the new government plans to set up a special committee to review the longstanding religious-secular status quo in Israel.

The panel, set to be formed under the Religious Services Ministry, is expected to look into controversial matters such as giyur, kashrus, commerce and public transportation on Shabbos.

“It turns out that the Prime Minister doesn’t only break his campaign promises, but also breaks his word in office,” said MK Rabbi Uri Maklev, referring to a past statement by Prime Minister Naftali Bennett, who said the government is unlikely to visit or change the issue of the religious status quo.

United Torah Judaism leader Rabbi Moshe Gafni said, “There will be a war for every change they want to implement and, b’ezras Hashem, we will topple this evil government.”

Meanwhile, a no-confidence motion was filed by Shas and United Torah Judaism, relating to matters of religion and state.

“For the first time in the history of Israel, a government was founded that sees Judaism as an obstacle, as a superfluous and redundant weight that needs to be removed,” it said.