After over a year of pleading with the Department of Transportation to replace the speed bumps which were removed when they repaved 21st Avenue, State Assemblyman Simcha Eichenstein and City Councilman Kalman Yeger announced that the DOT has finally sent in workers to add those much needed safety features to the street.

The avenue, which runs several blocks without any stop signs or traffic lights, became a hazard when the DOT repaved 21st Avenue over a year ago and removed the speed bumps in the process. Residents of the area complained that cars have been speeding down the street, which posed a danger to pedestrians, motorists and especially children.

While the elected officials put in a request for the speed bumps to be replaced, the DOT’s response was not forthcoming. After keeping up the pressure for many months, crews finally came and poured the blacktop.

Assemblyman Eichenstein and Coucilman Yeger expressed their appreciation of the action by the DOT, and requested all drivers to slow down and pay attention to the many children who travel in the area. 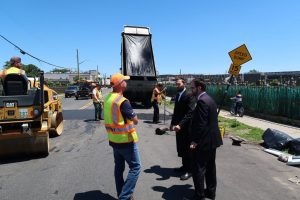 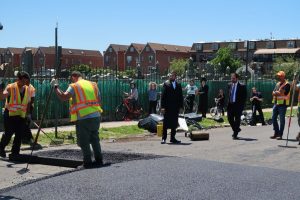