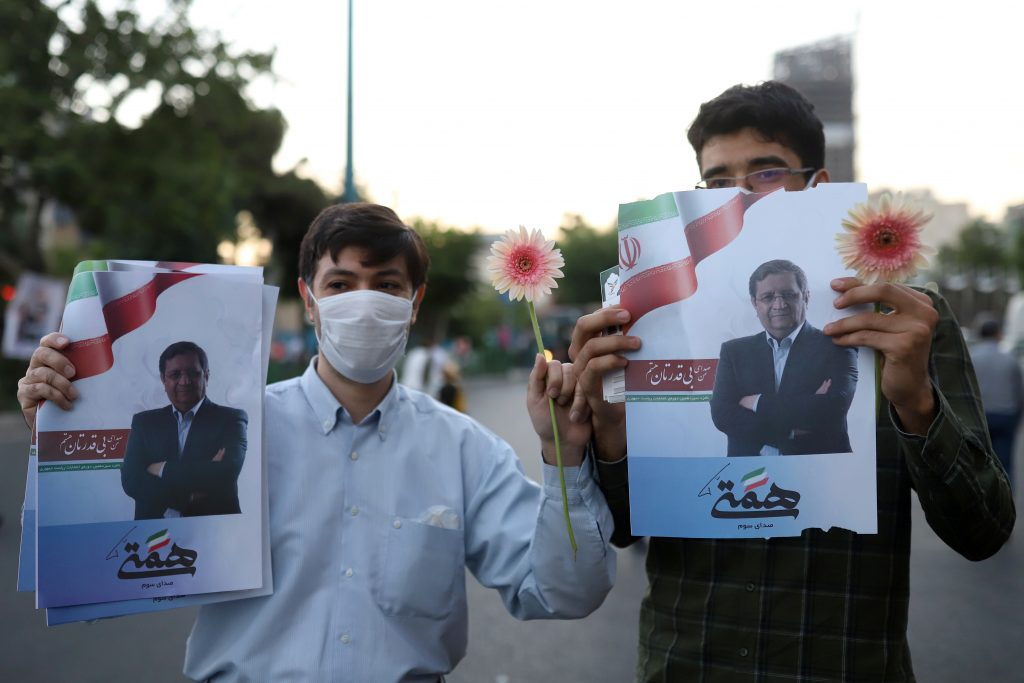 Iran‘s supreme leader urged voters on Wednesday to turn out in large numbers for the June 18 presidential election, saying such a show of strength would reduce foreign pressure on the Islamic Republic.

Two hard-liners and one moderate quit the field of seven officially permitted candidates on Wednesday, leaving what is shaping into a straightforward contest between the hard-line head of the judiciary and a moderate former head of the central bank.

Judiciary chief Ebrahim Raisi, 60, an ally of Supreme Leader Ayatollah Ali Khamenei, is widely tipped as the favorite to succeed Hassan Rouhani, a pragmatist stepping down after two terms.

“In less than 48 hours, a crucial event will take place in the country… By your presence and vote, you actually determine the fate of the country, in all major issues,” Khamenei said.

Under Iran‘s ruling system, the supreme leader has the final say over state affairs, while the elected president governs the country day-to-day.

Wednesday’s announcement that former nuclear negotiator Saeed Jalili and hard-line lawmaker Alireza Zakani had dropped out will help consolidate the hardline vote behind Raisi. Moderate Mohsen Mehralizadeh also stood aside in a boost for Hemmati. Two other hard-line candidates remain on the ballot, though they could step aside or back Raisi before Friday’s vote.

The restricted field may further dim the clerical establishment’s hopes of a high turnout amid growing popular frustration over economic hardship and political restrictions.

Some prominent pro-reform politicians in Iran and activists abroad have called for an election boycott.

Official opinion polls suggest turnout could be as low as 41%, significantly lower than in past elections.

The election comes as Iran is negotiating in Vienna with world powers to revive a 2015 deal under which it agreed to curbs on its nuclear program in return for the lifting of international sanctions.

U.S. President Joe Biden hopes to revive the agreement, which his predecessor Donald Trump abandoned. Although the agreement was a signature achievement of outgoing President Rouhani, the election is not expected to have a major impact on Iran‘s negotiating position, which is set by Khamenei.

But a strong mandate for Raisi could strengthen Khamenei’s hand at home, and affect the search for an eventual successor to the 82-year-old supreme leader, in power for 32 years.

“If the new president is elected by a significant majority of the votes, he will be a powerful president and can carry out great tasks,” Khamenei said. “If we have a fall in the election turnout, we will have an increase of pressure from our enemies.”