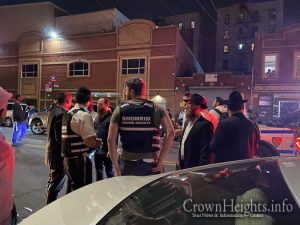 A Jewish man was viciously attacked in a road rage incident Wednesday night on a Crown Heights street, causing a chain reaction that led to a three-car crash.

The incident began on East New York Ave by the intersection of Albany Ave around 11:00pm, when a  male driving a dark blue 2006 Honda Odyssey rear-ended a Jewish man driving a minivan. Inexplicably, the the Honda driver jumped out of his vehicle and approached the Jewish driver, opening up the driver side door and viciously punching the Jewish man in the face.

A bochur leaving the bodega on the corner witnessed the assault, running over just in time to push the assailant off the Jewish victim as he was attempting to grab something from the victim’s pocket, according to video from the incident. 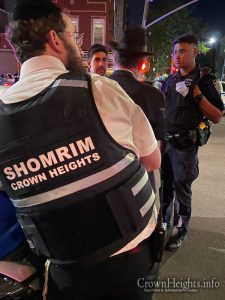 After a short tussle, the assailant ran back to his vehicle and grabbed something from inside, according to the witness.

Fearing a gun, the bochur began weaving in and out of cars as the Honda driver pursued him. The assailant eventually gave up and jumped back into his car before peeling off.

The Jewish victim, still dazed from being punched, had jumped back into his own vehicle and attempted to escape, crashing his van into two other cars in front of the Razag Ballroom.

Shomrim and 911 was called, and a police investigation is underway. 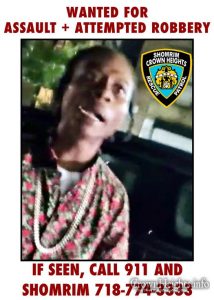