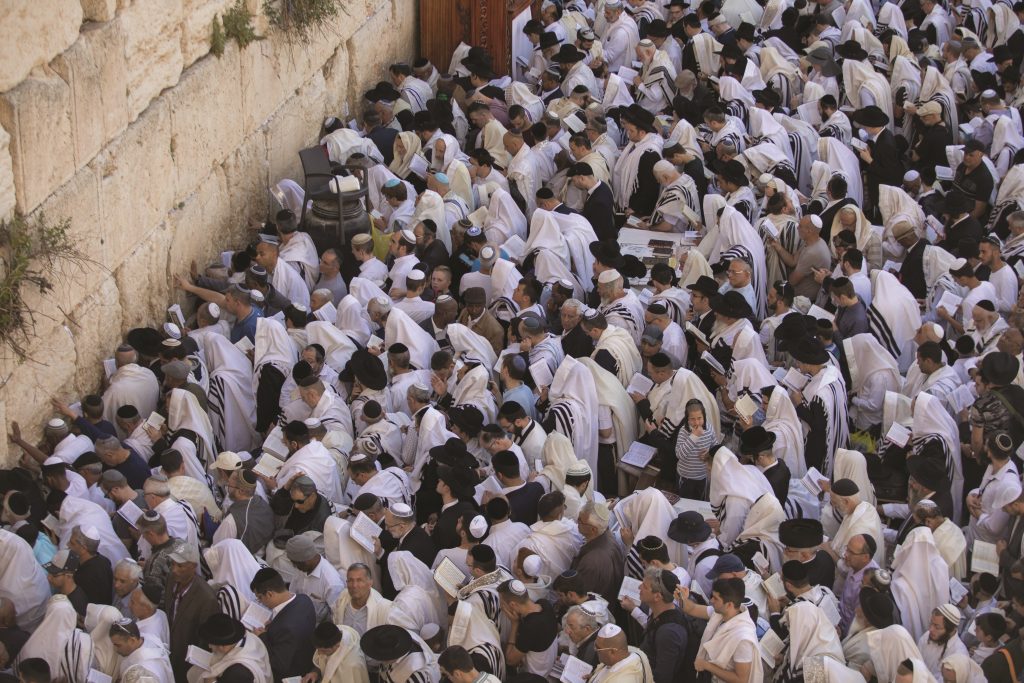 Those concerned with the well-being of the Jewish people naturally harbor opinions about the government of the State of Israel, varying though they may be.

The fact is that much of chareidi Jewry views the new coalition with great suspicion and the reasons for that are not subjects that need a great deal of explanation. Yet, as with any world event, so much more so one that directly affects Eretz Yisrael and the lives of millions of Jews that live there, there are important lessons to be gleaned that might help to guide our approach to this new period of rule by the “change” coalition.

If one takes an objective look — putting aside any opinion of its character — and considers what occurred to form this government, it is really quite incredible.

The group of parties that will form the new government not only span the political spectrum, but in many cases follow ideologies that are diametrically opposed to one another. In many cases, they are led by people who harbor the deepest dislike of the leaders of other parties that will now be their colleagues in one government.

Even so, they were able to overcome their political beliefs, egos, and vendettas in order to achieve a common goal — one that, objectively, has little to do with any of what they claim to offer their membership.

It is no secret that the only glue holding this diverse coalition together was an agreement to remove Binyamin Netanyahu from the premiership at all costs.

None of these individuals have any more affection for one another than they did a few weeks ago, nor have any even claimed to see any common political goals with their partners. If so, how did such a shallow goal unite these disparate actors?

A goal pursued with conviction, regardless of good or evil intention, is for all practical purposes a true conviction.

Emes, the truth, is one of the most powerful elements in creation. Because of that it has a tremendous ability to unite even as it serves an evil purpose. The present phenomenon demonstrates just how far this can go.

The politicians of the new coalition do not even pretend to have anything logical that explains why they banded together to lead the government. Yet because their mutual hatred for Mr. Netanyahu is to such a degree and their common desire and conviction to remove him from his post is so great, this one kernel of truth is enough to unite them and achieve something that is objectively illogical.

This is only possible because their motivating factor, no matter how ill-motivated it might be, is rooted in a true desire for one thing.

Harav Yehoshua of Ostrova, zy”a, commented that most people who profess a love of truth do so when the truth benefits them. Those same people also love falsehood on the occasions when that is beneficial for them. Ultimately these are neither lovers of truth, nor liars, but people who love themselves.

The ish emes — the man of truth — loves truth inherently because it is true.

As Torah Jews, people who live by the ultimate truths of creation, we should have far more ability to tap into the powers of emes than those who merely use a shard of it to carry out a plan driven primarily by hunger for power and personal acrimony.

Even if as individuals, and at times as groups, we are driven by motivations that are personal and not a pure reflection of the Will of Hashem, our faith and commitment to Torah makes it such that the truth we are connected to remains pure. One could say that even if we do not always act according to the truth, at least we know what truth is.

There are many differences of opinion among Torah Jews. Some of these are about approaches to avodas Hashem, others are political or personal.

The well-known Mishnah in Pirkei Avos answers to its questions of “Who is wise? He who learns from every man,” going on to quote the passuk, “Mikol melamdai hiskalti — from all of my teachers I became a person of understanding.”

If there is one positive thing that we can take from the formation of a coalition like the one that will take the reins of power over Israel’s government, it is that we need to agree to act in unity, at least on some level.

If the truth of the common dedication to ousting Mr. Netanyahu was enough to unite this group, l’havdil, but all the more so, the truth that defines the life of a Torah Jew should enable us to act with unity even while holding on to our many differences — the good and the bad, the pure and the impure, and all those in between.

This unity is always valuable and essential. Yet the lesson these political leaders taught us seems especially apt for the threat they pose.

No matter what one’s hashkafic outlook toward the State of Israel is, there is an undeniable reality that a large segment of Jews, many who are not religious and some that are, and the world at large, view the state as representative of the Jewish people. Whether we think that is fortunate or unfortunate, it is a fact that is not in our hands to change.

That being the case, it is incumbent upon us to use the truths of Torah to unite around the goal of opposing falsifications of Judaism within the framework of the State that many in the present coalition would like to advance and which others are apathetic about preventing.

This is part of the responsibility we owe Klal Yisrael and our obligation to preserve the kedushah of Eretz Yisrael.

Aside from these lofty goals, it should be realized that no matter how much the Torah-true community has grown in Eretz Yisrael in both size and influence, it is still in many ways dependent on the whims of those in power in the Knesset. For the community, which is always in a precarious position in the state, to constantly be in an adversarial position toward the government presents no shortage of dangers. One need not have too strong a memory to recall the level of animus that was stirred up against Torah Jewry the last time chareidi parties were in the opposition.

Groups within the Torah camp need not put aside their differences, individual interests, or even grievances, but in light of the challenge faced, it is crucial that we allow the truths we live by to unify our communal position.

When one looks at a mirror, in the simplest of understandings, one sees himself. Yet we know that, in reality, a reflection reverses the subject showing the right on the left and the left on the right. For a person to gain a true picture of himself, all the mirror gives him is an image that must be studied and reversed in order to be true.

Perhaps the present government gives Torah Jewry a similar opportunity. In recognizing the campaign of falsehood that might well lay ahead, it forces Torah Jews to look carefully inside themselves and determine what it is that truly defines them. This will provide a tool that pierces through the truth of evil and reveal the emes of His Torah.n