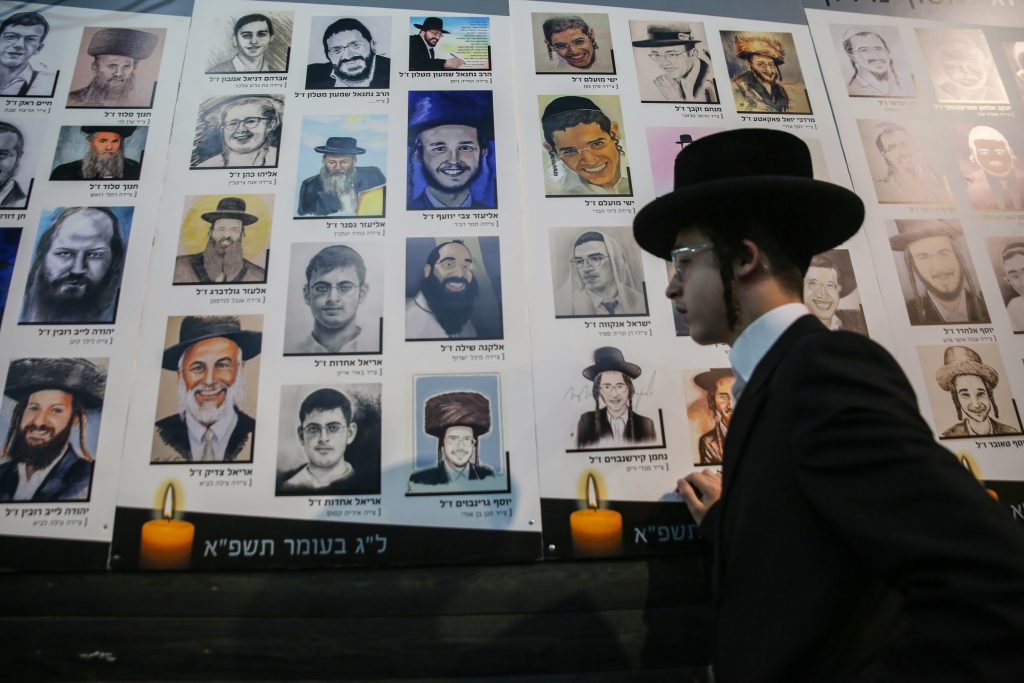 Israel moved closer to a state commission of inquiry into the Lag B’Omer disaster at Meron on Thursday as a cabinet vote on the matter was scheduled for Sunday.

Defense Minister Benny Gantz and Finance Minister Avigdor Liberman submitted the proposal, which is expected to be adopted unanimously by ministers, as all the coalition parties are backing it.

“This is an important step, aimed at preventing similar tragedies in the future,” said Gantz in a tweet on Thursday.

The panel will have a broad mandate—including ascertaining responsibility for the tragedy and making recommendations for securing mass events in the future.

The probe is to be headed by a retired judge, as yet unnamed. It will be empowered to summon witnesses and compel them to testify, though material gathered can’t be used as evidence in criminal proceedings, according to the Israel Democracy Institute think tank.

The government will allocate NIS 6 million ($1.8 million) in the 2021 budget for the investigation.

Other investigations are already under way, but have deemed inadequate to the task of authoritatively establishing the causes of the disaster.

Comptroller Matanyahu Englman has launched his own probe of the Meron incident, though it falls short of a state commission of inquiry. Israel police are also investigating, though no arrests have been made and few witnesses have been questioned. Critics have said that since the police themselves were supposed to enforce safety at Meron, it is tantamount to investigating themselves, and an independent inquiry is needed.

The Forum of Families of Meron Victims issued a statement expressing satisfaction with the move:

“As we have demanded from the outset, and together with MK [Rabbi] Moshe Gafni in his letter a month ago on behalf of the United Torah Judaism faction, we hope that an investigative committee into the Meron disaster will be established immediately,” the forum said in a statement to the media.

“This is not a political matter,” it said. “We expect the entire political spectrum to support the establishment of an inquiry committee so that the chareidi community will sense that the investigation is carried out with sensitivity and with determination.”