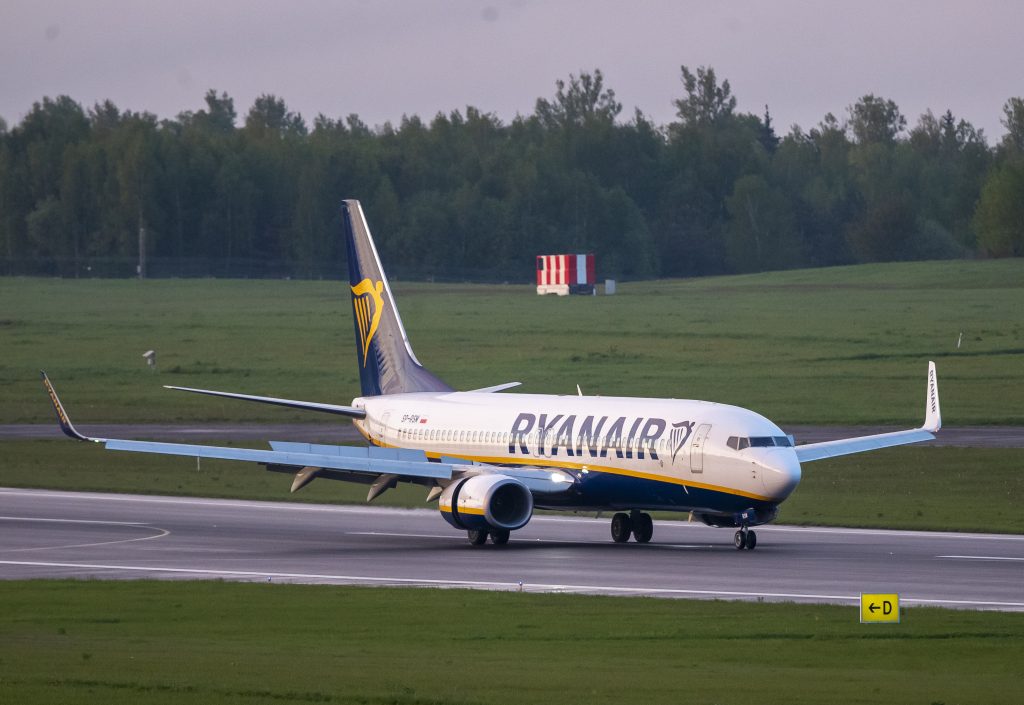 The European Union agreed additional sanctions on Belarus on Wednesday in response to the forced landing of a Ryanair flight in Minsk and the arrest of a dissident journalist on board in May, an EU diplomat said.

The sanctions, approved by EU ambassadors and to be adopted by the bloc’s foreign ministers at a meeting on Monday, target seven individuals with links to the Belarus aviation sector, according to the diplomat.

EU ambassadors also signed off on a fourth package of asset freezes and travel bans, to be imposed on more than 70 Belarusian individuals in response to last year’s contested presidential election, the diplomat said.

This fourth package of measures was already being prepared when the Ryanair jet was forced to land in Minsk on May 23 and opposition blogger Roman Protasevich and his girlfriend were arrested by Belarusian authorities.

EU governments described the incident as air piracy and, at the start of June, banned Belarusian airlines from flying over European Union territory or having access to its airports.

The latest listing of seven individuals is meant as a stop-gap measure while economic sanctions are discussed to inflict real punishment on President Alexander Lukashenko. They could target bond sales, the oil sector and potash, a big Belarusian export.

Lukashenko, in power since 1994, argued that the journalist pulled off the plane had been plotting a rebellion, and he accused the West of waging a hybrid war against him.

Since cracking down violently on pro-democracy demonstrations after a disputed election outcome last year, he has withstood three rounds of EU sanctions and comparable U.S. measures – mainly blacklists that bar officials from travelling to or doing business in Europe and the United States.