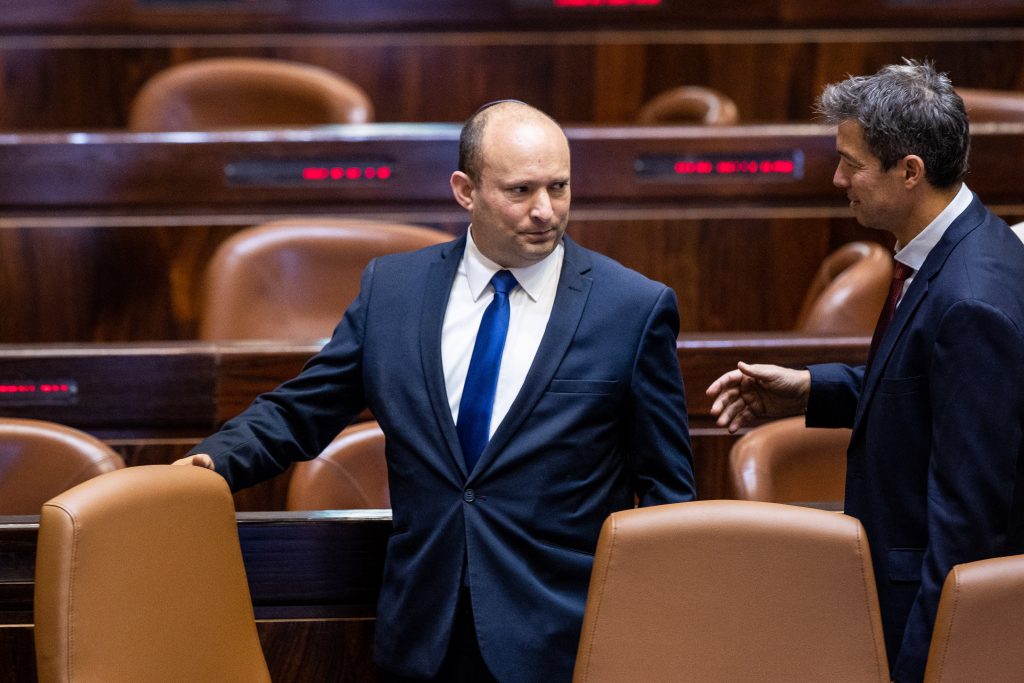 Efforts to rid the Yamina faction of MKs who opposed forming the new government began on Tuesday with the resignation of the next candidate on the list to enter the Knesset, Shai Maimon.

Prime Minister Naftali Bennett wants his faction’s MKs to be loyal to him and his government.

After Minister Matan Kahana quit the Knesset via the Expanded Norwegian Law on Sunday night to bring in Shirley Pinto – the first deaf MK in the history of Israel – who was sworn in on Wednesday morning, Interior Minister Ayelet Shaked also wanted to resign. But she did not quit out of concern that Maimon, who was after Pinto on the list, would join the opposition and cause the coalition to lose its majority.

Maimon said he decided to keep his promise not to join a coalition backed by “supporters of terrorism,” a reference to the Ra’am party. Maimon expressed his objection to the new coalition government, mostly because it embraces Ra’am, “which objects to Zionism, and does not accept the State of Israel as the nation-state of the Jewish people.”

In the resignation letter he sent to Knesset Speaker Mickey Levy, Maimon said he decided to leave Yamina’s list because remaining would not bring the government down.

The next candidate on the Yamina list is another Bennett loyalist, Yomtob Kalfon, who works as an attorney for the Tel Aviv firm of Goldfarb Seligman. Once Maimon’s departure is secured, Kalfon should be the next Yamina MK.

Incidentally, MK Amichai Chikli, who voted against the government on Sunday, on Tuesday sounded his first conciliatory note, possibly because without reconciliation with Bennett he would be barred from participating in any Knesset committees.

However, he continued, “I do think that in the end, this move meant turning our back on a huge public, on the vast majority of the national camp.”

So maybe Chikli and Bennett can find a way to work together, especially as Chikli represents the 61st vote that Bennett’s coalition is still lacking.