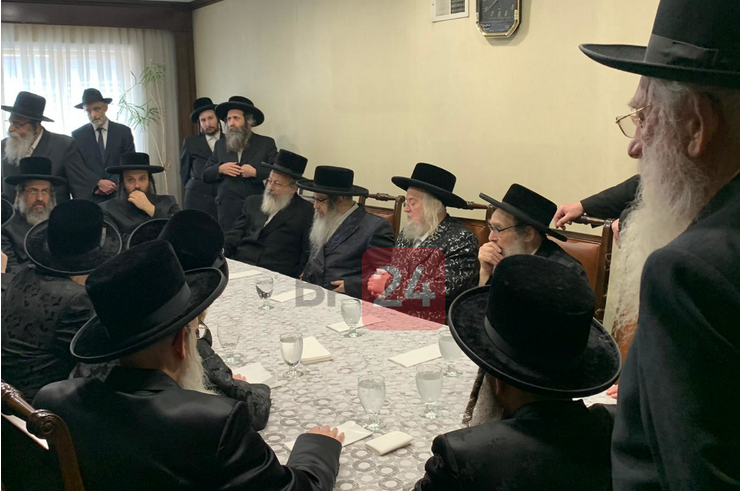 Rabbanim and askanim have held a series of meetings in Boro Park recently to discuss the threat to yeshiva education by impending government regulations.

A meeting was held Tuesday at the home of the Munkatcher Rebbe, attended by the Pupa Rebbe, the Satmar Rebbe Rav Zalman Leib Teitelbaum, the Vizhnizter Rebbes of Monsey and Williamsburg; Rabbanim from communities including Bobov, Bobov-45, Skver, Vien, Kashau;  and askanim including Rabbi Moshe Dovid Niederman of UJO, Rabbi Chaim Dovid Zwiebel of Agudath Isrel, and attorney Avi Schick.

The meeting was closed to the press.

Several Boro Park communities have held their own asifos recently to discuss the matter of yeshiva education. Bobov-45 held an asifah Monday, and the Satmar community of Rav Zalman Leib Teitelbaum held an asifah last week.

New York State published guidelines for private-school curricula in 2019, mandating specific courses, and the minimum number of hours to be dedicated to the study of each. Private schools would be placed under the purview of the local school authority, which in New York City is the schools chancellor.

But during the subsequent 60-day public-comment period, 140,000 comments were submitted to the Board, the vast majority opposing the rules. The Board of Regents said it would withdraw the guidelines and engage with stakeholders before releasing new rules. The engagement with stakeholders occurred via Zoom briefings in December. The Board of Regents is expected to release new guidelines in the fall; those would again be subject to a public-comment period.

Reporting and photos by BoroPark24.com