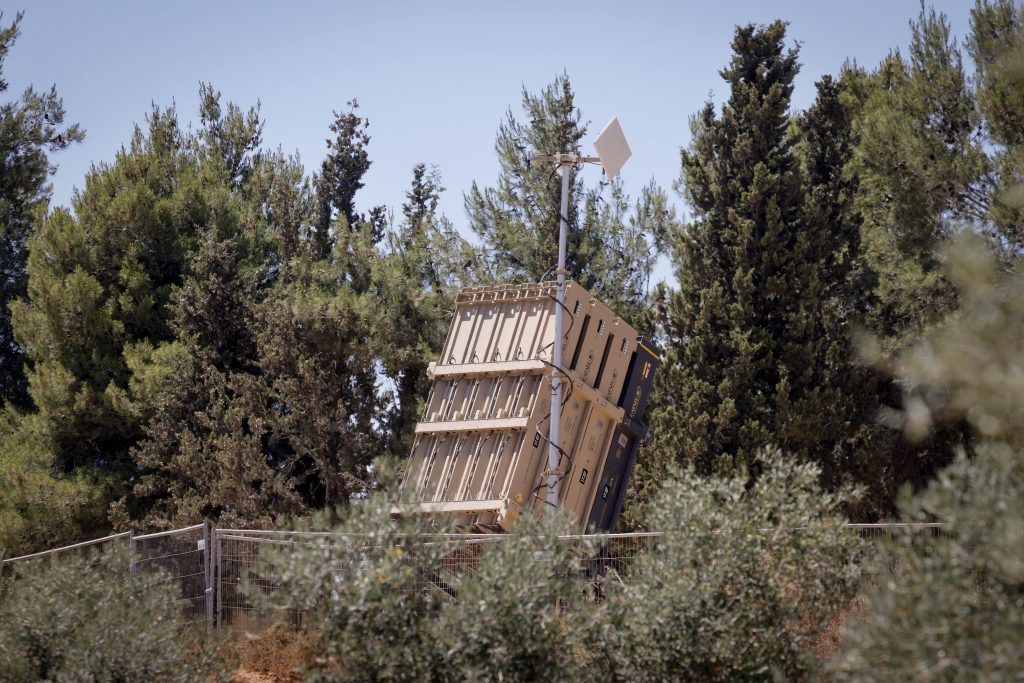 “The situation is combustible and we are preparing for the possibility of renewed hostilities,” IDF Chief of Staff Lt. Gen. Aviv Kochavi said Monday amid heightened security tensions and threats by the Hamas terrorist organization in Gaza that it will react violently to the annual flag march in the Old City of Yerushalayim, which is scheduled for Tuesday at 5:30 p.m. (local time).

In preparation for a possible outbreak of hostilities, Defense Minister Benny Gantz approved a series of targets in the Gaza Strip for the IDF to attack if Hamas fires missiles at Israel, and additional Iron Dome batteries have been deployed at various locations.

Police Commissioner Yaakov Shabtai canceled all personal leaves and deployed hundreds of officers and Border Policemen to mixed Jewish-Arab cities. He also issued a directive to employ a heavy hand against any rioters.

The rescheduled event was initially planned for last week but was postponed to Tuesday, when the Israel Police refused to authorize its planned route through the Old City’s Damascus Gate entrance and Muslim Quarter.

The flag march will be in accordance with an outline provided by Israel’s police, Public Security Minister Omer Bar-Lev stressed Monday afternoon.

“Yerushalayim is the eternal capital of Israel. In a democracy, it is permissible and important to demonstrate as long as it is according to the law and in our case according to the rules set by the police and that is how we will act,” he said, in response to Hamas threats to fire at the capital if the march takes place, urging Palestinians to hold a “day of rage.”

“I am under the impression that the police are well prepared and that a great effort has been made to maintain the delicate fabric of life, and public safety,” Bar-Lev said.

Hamas spokesman Abd al-Latif Qanou said: “The flags march is like an explosive that will cause a new campaign to protect Jerusalem and the Al-Aqsa mosque to ignite.”

The Hamas terror group issued a statement calling on Palestinians to show “valiant resistance” to the march. It urged people to gather in the streets of the Old City and at the Al-Aqsa Mosque to “rise up in the face of the occupier and resist it by all means to stop its crimes and arrogance.”

Palestinian Prime Minister Mohammad Shtayyeh also denounced the march, calling it a “provocation and aggression against our people.”

The U.S. Embassy in Yerushalayim prohibited its employees and their families from entering the Old City on Tuesday.