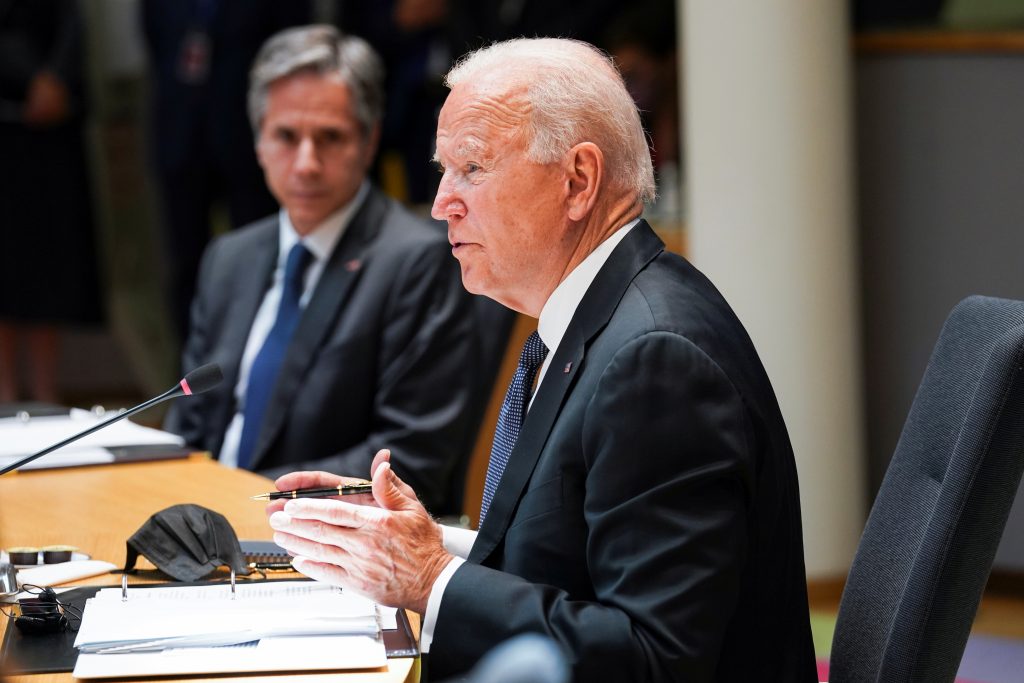 U.S. President Joe Biden ended one front in a Trump-era trade war when he met European Union leaders on Tuesday by agreeing to a truce in a transatlantic dispute over aircraft subsidies that has dragged on for 17 years.

Arriving at the summit with EU institution leaders in Brussels, Biden said he was seeking “a great relationship with the EU and NATO” because it was in the United States’ interest.

“I think we have great opportunities to work closely with the EU as well as NATO and we feel quite good about it,” Biden said after walking through the futuristic glass Europa Building, also known as “The Egg,” to the summit meeting room with EU institution leaders.

“It’s overwhelmingly in the interest of the USA to have a great relationship with NATO and the EU. I have very different views than my predecessor,” he said.

Biden and the EU side agreed to remove tariffs on $11.5 billion of goods from EU wine to U.S. tobacco and spirits for five years. The tariffs were imposed on a tit-for-tat basis over mutual frustration over state subsidies for U.S. plane maker Boeing and European rival Airbus.

“This meeting has started with a breakthrough on aircraft,” European Commission chief Ursula von der Leyen said. “This really opens a new chapter in our relationship because we move from litigation to cooperation on aircraft – after 17 years of dispute … Today we have delivered.”

Biden also repeated his mantra: “America is back.” He is seeking European support to defend Western liberal democracies in the face of a more assertive Russia and China’s military and economic rise.

“We’re facing a once-in-a-century global health crisis,” Biden said at NATO on Monday evening, while adding “Russia and China are both seeking to drive a wedge in our transatlantic solidarity.”

According to an EU-U.S. draft final summit statement seen by Reuters and still being negotiated up until the end of the gathering, Washington and Brussels will commit to ending another row over punitive tariffs related to steel and aluminum.