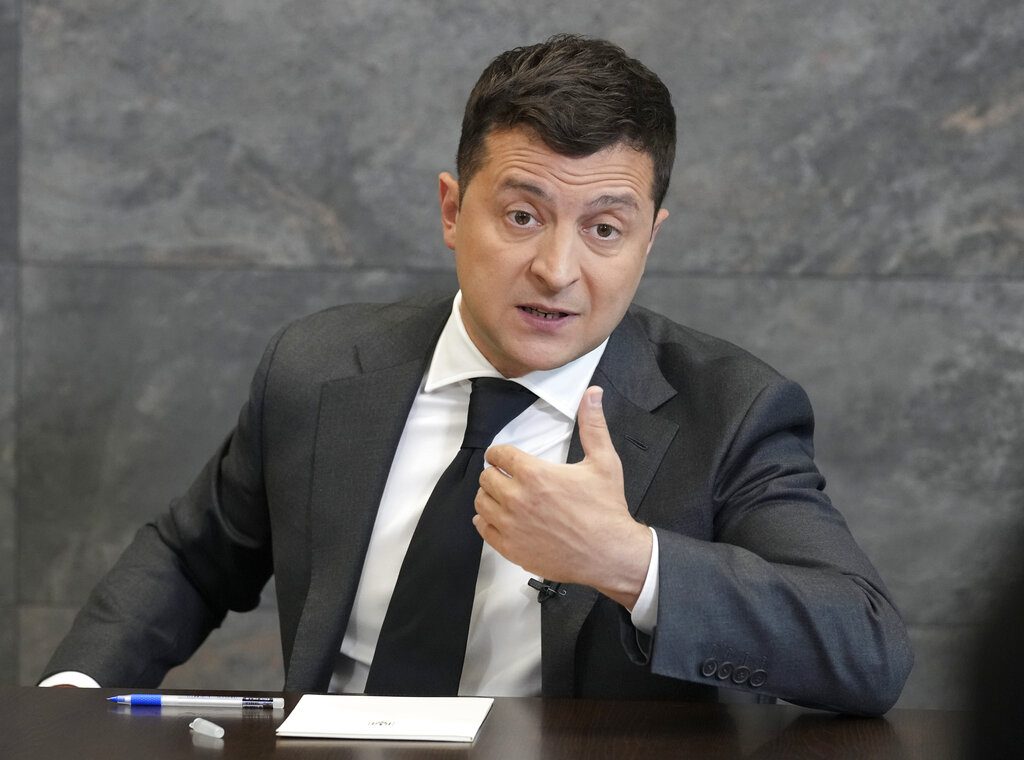 Ukraine’s president says he’s concerned that this week’s US-Russia summit will not produce concrete results and will leave his country in an uncertain position.

In an interview Monday with The Associated Press and other foreign news agencies, President Volodymyr Zelenskyy said he was disappointed that he was not able to have a meeting with President Joe Biden before Biden’s Wednesday summit in Geneva with Russian President Vladimir Putin.

“I believe that this would only have been a plus in the negotiating position of the U.S. President,” Zelenskyy said Monday.

Ukraine is eager for strong support from the West as it faces Russia-backed separatist rebels who have taken control of a large section of the country’s east.

“The No. 1 concern is that there will be no specifics,” Zelenskyy said of the Geneva summit. “And the situation in Ukraine depends on this very, very much … Everyone is afraid of solutions to the most difficult issues, final solutions.”

Russia denies that it has troops in eastern Ukraine, but it sparked high anxiety this spring with exercises that placed thousands of Russian troops near the border with Ukraine’s rebel-held region. Zelenskyy said although some of those forces have been pulled back, about 95,000 remain.

“The likelihood of an escalation remains,” he said, claiming without proof that Russia is planning offensives to take the Ukrainian capital of Kyiv, the second-largest city of Kharkiv and the major Black Sea port of Odessa.

Zelenskyy also said he wants to get a clear statement from Biden about whether he supports eventual NATO membership for Ukraine.

“I would really like to get specific — yes or no,” Zelenskyy said. “I understand that this should be the agreed position of the alliance countries. Nevertheless, we must get clear dates and the likelihood of this for Ukraine.”

Russia strongly opposes NATO membership for Ukraine, which would bring the alliance close to western Russia.

Biden has invited Zelenskyy to meet with him in Washington in July and the Ukrainian president said he intends to talk there about U.S. military and economic support, which Ukraine relies on.

“The United States has the opportunity to really support Ukraine economically. It’s not only about money, but about investments, about the opening of various enterprises,” Zelenskyy said.