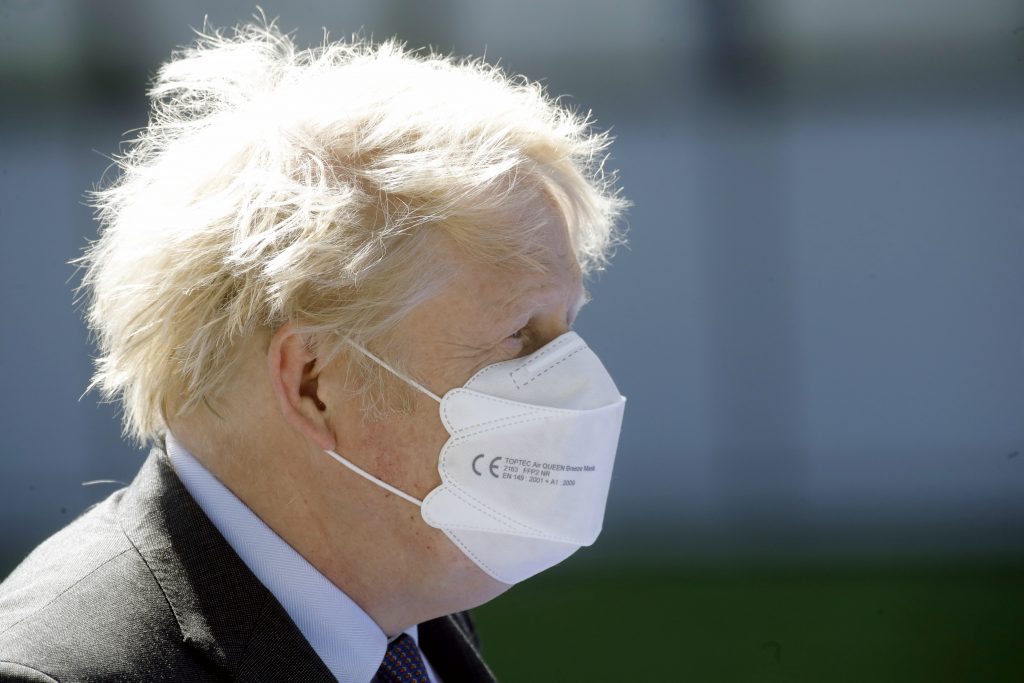 British Prime Minister Boris Johnson is expected to announce on Monday that the end of COVID-19 restrictions will be delayed by several weeks following concerns about a rapid rise of Delta variant infections.

Under a road map outlined by Johnson in February, the government said all social restrictions would be lifted “no earlier” than June 21, when restaurants and other hospitality venues could fully reopen.

But in recent weeks there has been fast growth in new cases caused by the Delta variant, first discovered in India, which health officials believe to be 60% more transmissible than the previous dominant strain and scientists warn could trigger a third wave of infections.

Johnson has not denied suggestions in the media that the end of lockdown would be delayed by up to a month, saying in recent days there was “serious concern” about rising infections and hospitalizations.

“We’re continuing to look at the data, no final decision has been taken, and the right time to fill everybody in on what we’re going to do with… June the 21st is tomorrow,” Johnson told reporters after a Group of Seven summit on Sunday.

Junior Health Minister Ed Argar said on Monday he expected Johnson to announce more aid for businesses if there was a delay in easing capacity constraints.

“I know that when he addresses his decision, sets out what he intends to do around the easing on the 21st, he will address those points as well,” Argar told Sky News.

“He is very mindful of the need for businesses and others to get the support they need if they continue to be locked down or unable to open,” Argar added.

Britain’s furlough program supports just over two million jobs and is due to continue until the end of September. But from July employers will have to pay 10% of furloughed staff’s wages, rising to 30% in September.

The hospitality industry has also called for an extension of other sector-specific aid.

Deutsche Bank estimated last week that a four-week delay would temporarily reduce gross domestic product by around 0.25% – a fraction of the historic 9.8% slump recorded in 2020.

The government has stressed any easing of restrictions would be irreversible, meaning it would always act with caution.

The hesitancy comes despite Britain having one of the fastest vaccine rollouts in the world. More than 41 million people have received their first shot and nearly 30 million have had both doses – about 57% of the adult population.