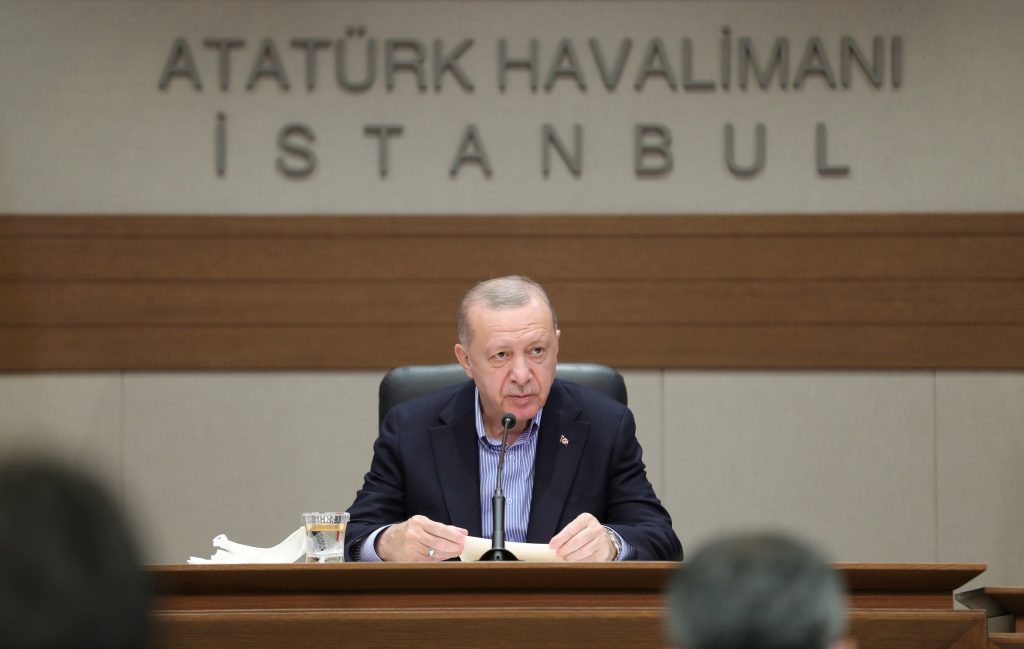 President Joe Biden and Turkish President Tayyip Erdogan will discuss Ankara’s purchase of Russian S-400 missiles during face-to-face talks on Monday but there is little hope they will resolve a bitter dispute that divides NATO.

Turkey has NATO’s second-biggest military after the United States but disagreements over Syria, human rights, the treatment of Armenians in the Ottoman Empire and tensions in the eastern Mediterranean have all strained their ties.

Since taking office in January, Biden has recognized the 1915 massacre of Armenians as genocide and stepped up criticism of Turkey’s human rights record, adopting a cooler tone towards Erdogan than his predecessor Donald Trump.

White House national security adviser Jake Sullivan said the two leaders, who are attending a NATO summit in Brussels, would also touch on Afghanistan, Libya and China during their first direct encounter since Biden became president.

“They will talk about political and economic issues that are more challenging… that have been challenges in our relationship, including human rights-related issues,” Sullivan told reporters on arriving in Brussels late on Sunday.

Erdogan said on leaving Turkey the same evening that he expected an “unconditional approach” from Biden to move on from past troubles.

“Turkey is not just any country, it is an allied country. We are two NATO allies,” he told reporters.

“There are many issues regarding defense industry that were left on the table. The most important one of these is the F-35 issue,” Erdogan said of Washington’s decision to remove Turkey from a fighter jet program.

One area where Erdogan hopes to showcase a central Turkish role in the NATO alliance is in Afghanistan, where Turkey has offered to guard and operate Kabul Airport to secure access to the country after the U.S.-prompted NATO withdrawal.

But with so many points of contention, hopes for any substantial breakthrough in the strained relationship are slim.

“While both sides are expected to pursue some pragmatic engagement and neither is interested in a showdown, the meeting will not provide Erdogan with any meaningful dividend,” consultancy Teneo said in a note ahead of the talks.

“None of the major friction points will be solved, meaning that U.S.-Turkey ties will continue to be fraught with difficulties and characterized by a frosty tone.”