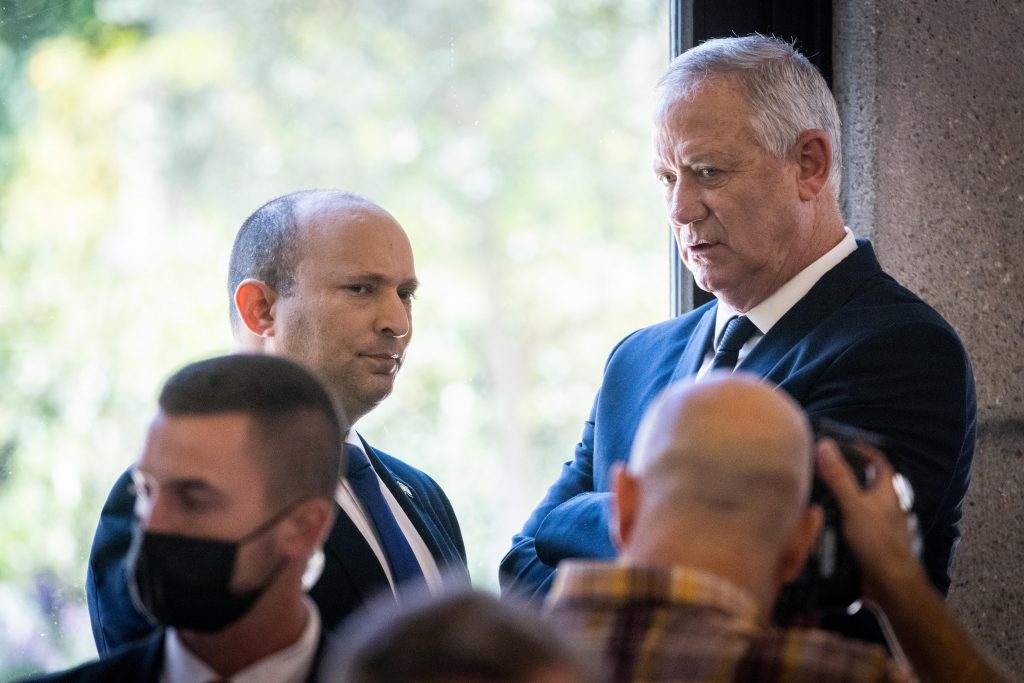 Israel’s new government met President Reuven Rivlin for a photo on Monday as it begins the process of taking power following 12 years of rule by Binyamin Netanyahu and the Likud.

In the meantime, in an attempt to ensure a smooth transition, Bennett will retain Brig. Gen. Avi Blot in his role as military secretary. National Security Adviser Meir Ben-Shabbat will also stay in office until a successor is appointed. Both top officials were appointed by Netanyahu.

Following the Cabinet meeting, Bennett met with Blot and Ben-Shabbat for his first security briefing as premier.

On Monday, a number of ministries will hold handover ceremonies between the outgoing ministers and their incoming successors.

A series of ministers resigned their positions in the Knesset under the Norwegian law, allowing new MKs from their party to take their place.

The Norwegian law allows any MK who is appointed to a Cabinet post to resign temporarily from the Knesset, thereby permitting the next candidate on the party’s list to enter parliament in his or her stead.

So far, 13 ministers have reportedly resigned their Knesset seats or say they intend to: Avigdor Liberman, Oded Forer and Hamad Amar of Yisrael Beytenu; Pnina Tamano, Chili Tropper and Orit Farkash-Hacohen of Blue and White, Orna Barbivai and Yoel Razvozov of Yesh Atid, Ze’ev Elkin and Yoaz Hendel of New Hope, Tamar Zandberg and Issawi Frej of Meretz and Matan Kahana of Yamina.