Israel Netanyahu at Meeting of Opposition: This Government Will Fall Quickly
Israel 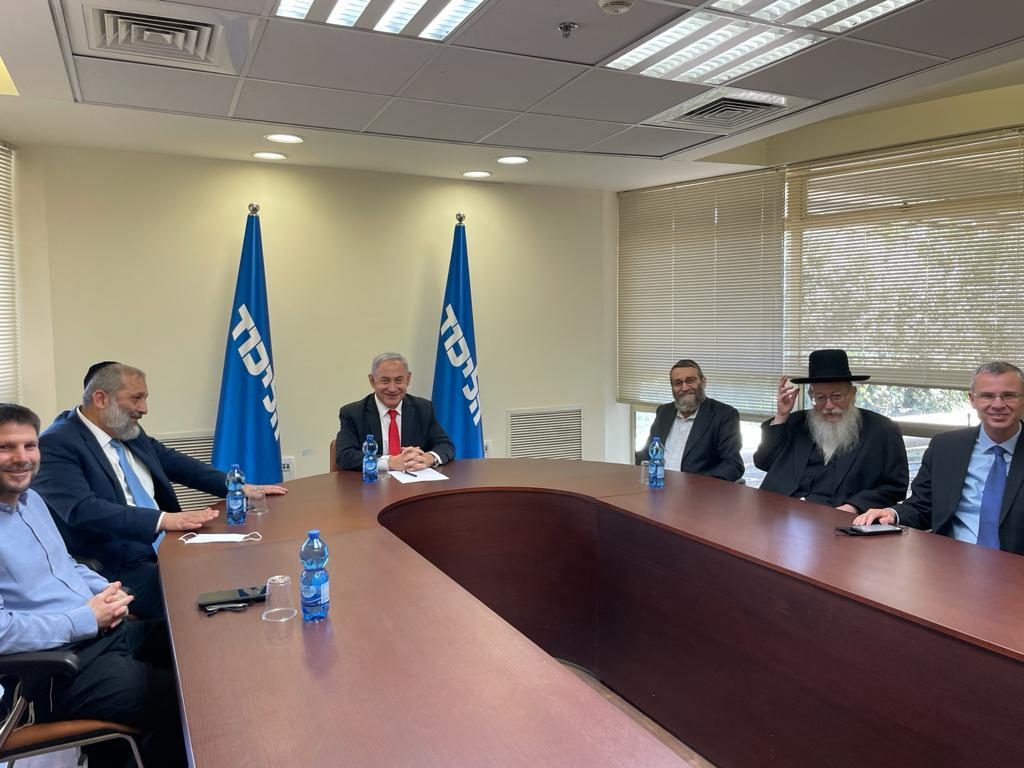 A meeting was held between opposition factions in the Knesset – Shas, United Torah Judaism, Religious Zionism and the Likud – on Monday afternoon.

Led by MK Binyamin Netanyahu, and with the participation of Rabbi Aryeh Deri, Rabbi Moshe Gafni, Rabbi Yaakov Litzman, Betzalel Smotrich and Yariv Levin, the meeting was closed to the media, but statements were promised to the press at its closing.

Netanyahu is expected to work energetically together with his colleagues in the opposition to take advantage of the ideological gaps between the various extremes in the new government.

“We have a very strong opposition: 53 MKs who are united and strong to overthrow this dangerous left-wing government, the fraudulent government. It will fall quickly and I will tell you why: The only thing that connects them is hatred, exclusion and domination. It is impossible to hold a government on this. There are so many contradictions in them, and with such hatred it is impossible to hold a government for long, ” Netanyahu said in his opening remarks.

“I seek oppositional discipline. They have an interval to smooth out the kinks, so I ask for iron discipline in everything that involves presence, and I intend to set a personal example. I also want unity, and unity is expressed in this meeting, in the meeting of the faction leaders that we have arranged every week on Monday, and from time to time during the week. We know – and I feel at my fingertips – where their weak points are. Some of you have already talked to me about it; it is possible to bring them down and it is possible if we work together united by iron discipline.”

Rabbi Litzman commented: “Our unity is the only threat to the dangerous coalition that arose yesterday. Kriyah should be performed over the terrible agreements that violate Shem Shamayim.”

“They want us to leave the bloc and go to other places, so they attack us in the media. But I announce that this is our home, and we will stay here,” MK Rabbi Gafni said.