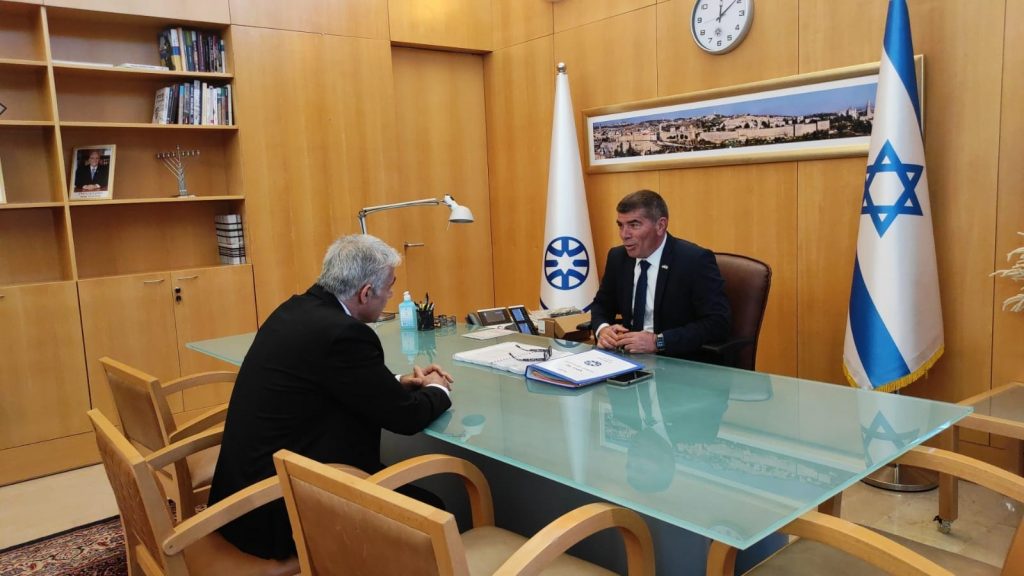 Israel will work to repair relations with the ruling U.S. Democratic Party after they were repeatedly compromised during the tenure of former Prime Minister Binyamin Netanyahu, incoming Foreign Minister Yair Lapid said Monday.

“The policy towards the Democratic Party was shameful and dangerous,” Lapid said in a speech at the Foreign Ministry in Yerushalayim during a ceremony marking the transfer of power from outgoing minister Gabi Ashkenazi of Blue and White, who is leaving politics.

“I have often warned against this policy but the outgoing government made a reckless gamble in the decision to align itself with the Republicans and compromise Israel’s bipartisan standing in the United States,” Lapid said.

“The Republicans are important to us, but they are not alone, and we now face a Democratic White House, Senate and House of Representatives. We must change our approach towards the Democratic party,” he said.

The minister said that in a phone call Sunday with U.S. Secretary of State Antony Blinken, he expressed his will to build relations based on mutual respect and a better dialogue.

President Joe Biden called to congratulate Prime Minister Naftali Bennett soon after he was sworn in on Sunday night, and issued a statement to say that he “looks forward to working with Prime Minister Bennett to strengthen all aspects of the close and enduring relationship between our two nations.”

“Israel has no better friend than the United States,” Biden said. “The bond that unites our people is evidence of our shared values and decades of close cooperation and as we continue to strengthen our partnership, the United States remains unwavering in its support for Israel’s security.”

Biden added his administration was “fully committed to working with the new Israeli government to advance security, stability and peace for Israelis, Palestinians and people throughout the broader region.”