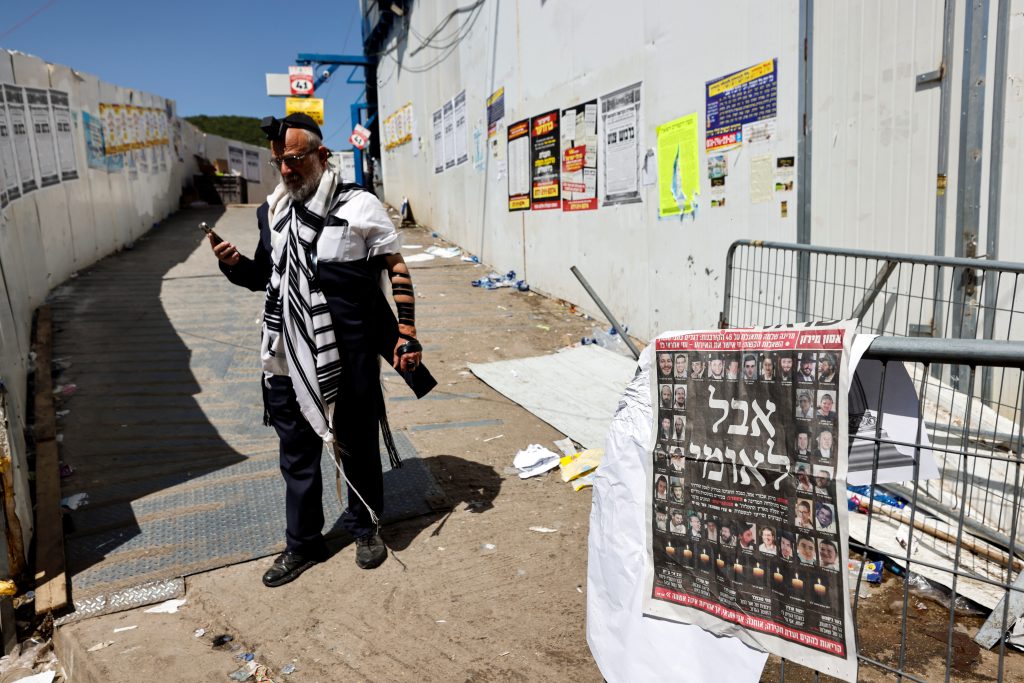 Defense Minister Benny Gantz announced on Monday that he has presented a proposal to the new government to form an investigative committee into the Meron disaster that claimed the lives of 45 people on Lag BaOmer.

“This is a basic ethical imperative vis-a-vis the families, but no less important, there is also a need for an investigation in order to prevent tragedies of this nature in the future,” said Gantz.

“We hope that the Meron disaster investigative committee will be established immediately. This is not a matter of politics; we expect the entire political spectrum to support the establishment of the commission and in a manner that the chareidi public will feel that the inquiry is being conducted with sensitivity and determination,” said Gantz.

According to the coalition agreement, the proposal should be approved at the next Cabinet meeting.

Last month the head of the United Torah Judaism party, Rabbi Moshe Gafni, publicly backed the formation of an official state commission of inquiry into the disaster.

Also last month, State Comptroller Matanyahu Englman announced the launch of a special probe into the incident, saying that the tragedy that unfolded “could have been prevented.”