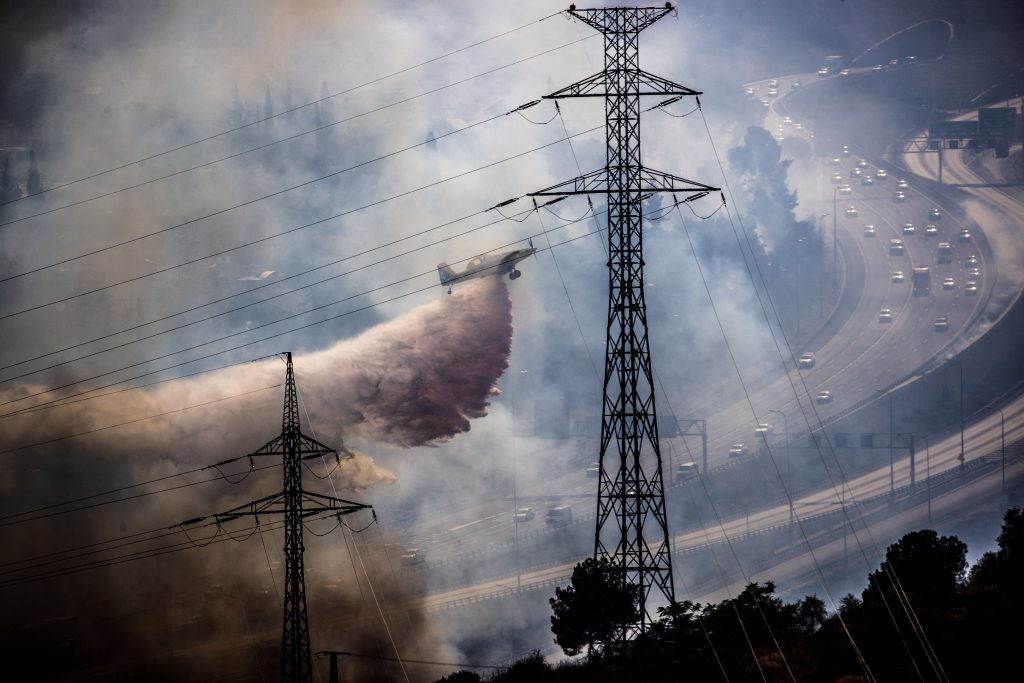 A wildfire that raged out of control in the Yerushalayim suburb of Mevaseret Zion on Sunday forced Israeli police to evacuate several residences, one of numerous such incidents in recent weeks.

No casualties were reported.

Police said they suspected that arson was behind the blaze.

Strong winds further fanned the flames, carrying the blaze further  toward the ancient Motza neighborhood in Yerushalayim and an adjacent assisted living facility, as heavy smoke billowed throughout the area.

Firefighting teams were working to douse the wildfire engulfing numerous acres, amid levels of smoke pollution described by eyewitnesses as “extraordinary.”

The highway from Yerushalayim to Tel Aviv was shut down along with the train line that connects Israel’s two main cities.